The red and modern theme in the music video puzzled listeners while some welcomed the new spin on things. 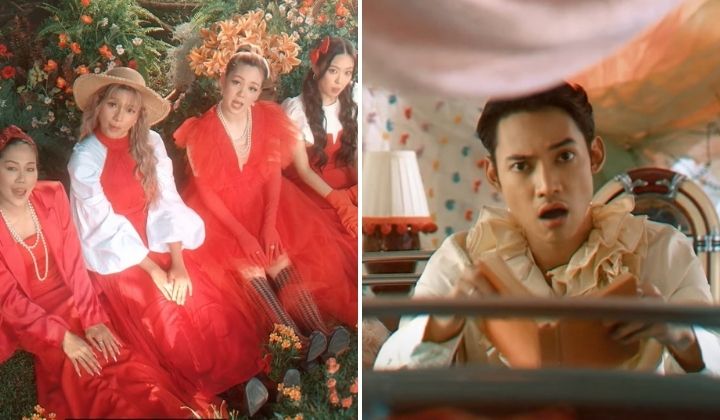 The upbeat ‘Screamo’ rock song stood out because it even had a flute solo. Netizens praised the song for giving a different Raya feel although it also turned away those who preferred the classics.

The music video showed DOLLA members in red-themed outfits while Hael Husaini wore Baju Melayu, and at times, he changed into modern clothes for some of the scenes.

The theme and concept of the music video confused some viewers who felt it looked and sounded more like a Chinese New Year or Christmas song.

Some netizens also felt that Raya is no longer celebrated the way it used to be.

Despite the criticisms, some liked the new Raya tune and said it gave off Kpop group Red Velvet vibes.

They appreciate that the singers tried to make the song versatile, unique and relatable to all Malaysians.

The new beat was also refreshing and catchy for some netizens although the Raya vibes weren’t apparent.

Listeners who watched the music video to the end explained that the concept of the song and video encompassed everyone’s feelings about being able to celebrate the festivities now when they couldn’t for the past few years due to the pandemic.

Who are DOLLA and Hael Husaini?

DOLLA is an all-girl group comprising Sabronzo, Tabby, Angel, and Syasya. The group is popular for their signature dance-pop style and has released hits such as Dolla Make You Wanna and Impikan/ Watch Me Glow.

The group was also featured on the popular billboard in New York’s Times Square in 2021 as part of Spotify’s EQUAL campaign.

Hael Husaini first debuted in the talent show One In A Million in 2006 and was once tutored by Malaysian songstress Jaclyn Victor.

He gained prominence after winning second place with Azhar Osman in Akademi Fantasia Season 10. They performed as the group duo, Azhael, with their song Hentian Terakhir.

In 2017, Hael Husaini exited the group Azhael and pursued a solo music career.