Both sides brought their friends along to join the fight. 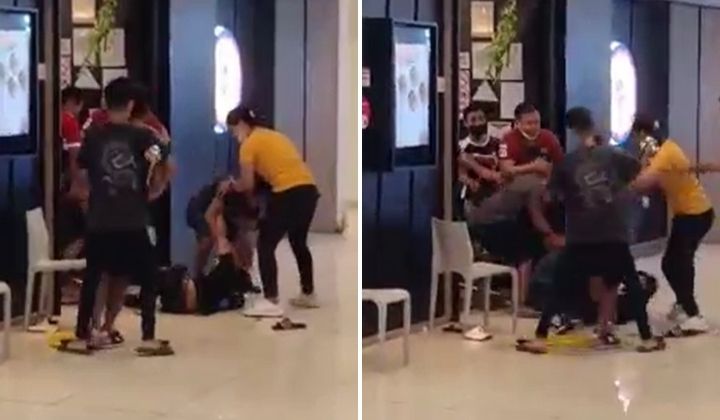 A fight broke out between two smartphone sellers in KB Mall in Kota Bharu yesterday, 22 April, around 9.30pm.

The viral video showed a group of men chasing and thrashing each other to the ground.

At one point, one of the men lifted a metal stand to hit the person on the ground but was held back by the others.

The police confirmed that they received two police reports regarding the case.

According to Kosmo, seven men between the age of 19 and 30 had been arrested to help with investigations. The seven suspects are remanded for three days starting today, 23 April.

The police said the fight started when one of the sellers was displeased for losing a customer to a rival shop.

The matter blew up when each seller brought their posse to settle the issue physically.

Based on investigations, five of the suspects who work as a shop assistant, lorry driver, manual labourer and a paddy farmer have prior drugs and criminal records.

All of the suspects tested negative for drugs in a urine test. They were treated at Hospital Raja Perempuan Zainab II and did not suffer severe injuries.

The case will be investigated under Section 148 of the Penal Code for rioting.