Some loved the unique and fresh take of a Raya song while others preferred the old classics. 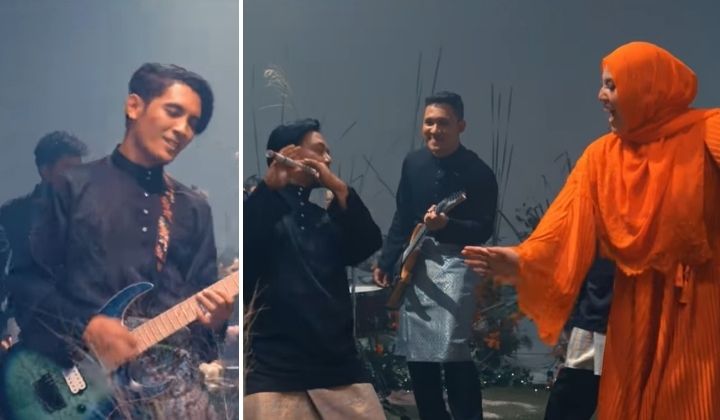 Malaysians haven’t had new festive songs for a long time. While classic festive songs are nice and give a sense of familiarity, the songs can get boring after listening to them repeatedly.

It can be hard to embrace new things and changes at first but having new songs can add to the celebrations too.

After not celebrating Raya for 2 years due to the pandemic, TV3 has a new Raya-themed song titled Seikhlas Hati.

Seikhlas Hati caught many people by surprise because it’s what many considered a ‘screamo’ song.

The music video showed the band playing the drums, and electric guitars. What made the song stand out, even more, is the flute solo.

Netizens said it was a nice surprise after not being able to celebrate Raya for the past few years.

They welcomed the fresh, unique take on Raya songs, especially the flute solo in the song. Some said they couldn’t wait to start celebrating Raya after hearing the song.

They hoped that the song would be available on mainstream radio stations too.

However, there were some people who were not used to ‘screamo’ or rock songs and preferred the old classics. Mostly, they couldn’t stand the ‘loudness’ of the song.

A few netizens joked that they were afraid their parents would throw items at them if they played this song on the first day of Raya.

While it’s not unusual for people to have different music tastes, what matters is that everyone gets to celebrate together with their loved ones safely.