Amy’s latest performance of the song Isabella was marred by a bad sound system too. 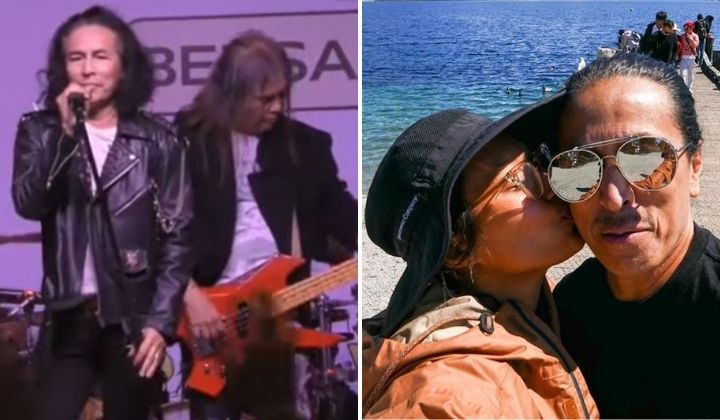 According to My Artis, netizens allegedly said that the rock singer could no longer hit the high notes and the song arrangement was bad.

Netizens think that the latest song arrangement lacked the ‘oomph’ from the original 1989 version.

In the video posted online, Amy could be seen pointing the microphone at the audience to get them to join singing the high notes.

The poor performance was made worse due to the bad sound system, resulting in screechy noises.

On the other hand, some netizens were understanding and said his change of voice could be due to his age too.

With that said, they think maybe it’s time for him to give way to the new generation of singers.

Despite the poor reception, the 64-year-old singer was unperturbed by critics and passed it off as one of those days when he didn’t deliver his best performance.

Netizens are free to criticise my performances. I accept constructive criticism with an open heart.

What happened to Search?

Amy left the rock band Search in March 2020 after 41 years with the band. The Malay Mail reported that Amy decided to leave so that the band could move on without being dragged on by him.

According to New Straits Times, he teamed up with former Search guitarists Nasir Daud and Hillary Ang, and Lefthanded guitarist Man Kidal to form a new version of Search late last year.

Guitarists Nordin Mohd Taib and Hamzah Mohd Taib or Kid continued to perform as the original Search. They roped in Indonesian rock singer Denden Gonjalez to replace Amy as their lead singer.