Netizens agreed that ‘Saya Anak Malaysia’ should be an additional chant to accompany ‘Malaysia Boleh.’ 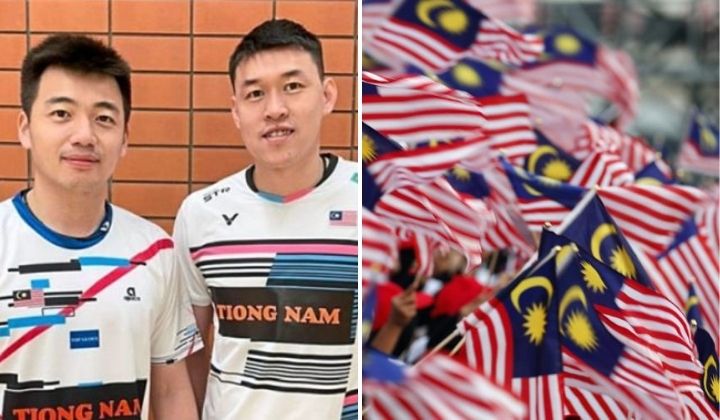 A lone Malaysian supporter caught the attention of netizens when he was recorded singing the song Saya Anak Malaysia passionately during Tan Kian Meng/ Tan Wee Kiong’s match at the All England Open Badminton Championship.

The video was uploaded by Twitter user Z (@theone_xyz).

Z said hearing the man sing the song was his favourite moment during the match and asked whether Malaysians could use it as an additional chant to accompany ‘Malaysia Boleh.’

My fav moment from yesterday's matches

p/s: Can we use this as the new add on chanting for Malaysia selain Malaysia Boleh?😙#AllEngland2022 pic.twitter.com/mZUfMEYgOC

Z managed to track down the man behind the voice and found out that it was a Malaysian student named Chan Wei Hoong (@DarenceChan).

Chan is an avid badminton fan and said he aimed to make a lot of noise in the Birmingham Arena, just like Malaysia’s own Axiata Arena. It was also because he could only watch the match on the first day.

The man behind "Saya Anak Malaysia"🔥🇲🇾

"What you give you get back🤍"
He supports our Malaysian players wholeheartedly & who ever thought that our players meet him after the match.

Behind the scene act that we never know👏🏻

He excitedly shared that he visited the players – Thinaah, Hoo Pang Ron, Cheah Yee See, Ong/ Teo – at the hotel.

The athletes told him they could hear him singing. Chan said they would also greet and meet him after their matches.

Netizens praised Chan for being confident enough to sing in public and thanked him for showing his support for the athletes.

They said his singing made them feel a burst of patriotism too.

Some of them agreed with Z that ‘Saya Anak Malaysia’ should be the chant of Malaysian supporters.

It is not easy to stand alone and started singing!!! Far away from home. It’s nice to see our Anak Malaysia cheering!!

Wow…. cool @DarenceChan. Thank you for the singing 👏👏👏. Saya Anak Malaysia should be the chant of Malaysian supporters. Proud of you.

Love it! Really lift up the spirit! I love you, Malaysian!

Bravo 👏🏼 thanks for bringing up this song 💪🏼