The person claims the answer lies in the position and height of the car’s air intake holes. 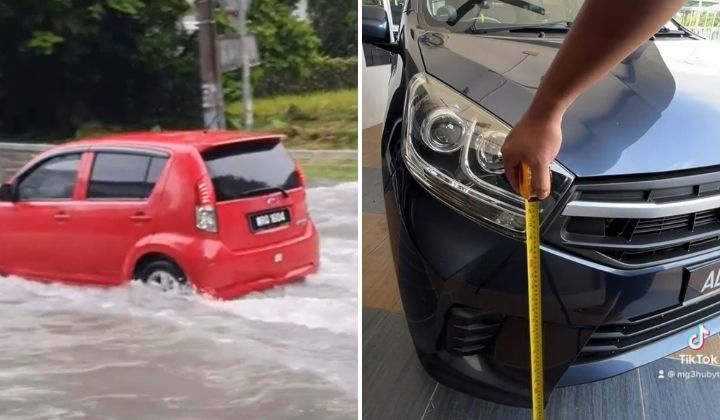 The Perodua Myvi has built a reputation for getting into bizarre situations and doing amazing feats that most cars struggle with.

One of the many feats the car can do is to get through flooded roads easily without much damage. This feat still boggles some people’s minds.

The Tiktoker claimed that the Myvi could drive through floods because the air intake holes are placed higher in the car as compared to the other vehicles.

How do you check?

To figure out what’s the maximum height of water your car could drive through, he suggested measuring the height from the ground to the car’s air intake holes.

As an example, he measured a Perodua Axia and found that the car could drive through floodwaters measuring about 76.2 cm (2.5 feet).

Netizens are proud of Perodua cars

Now that this information has been made known, netizens expressed pride to have the King of the Road aka the Perodua Myvi in the country.

Some of them said their Perodua Alza and Bezza managed the floodwaters well too. In one case, a netizen claimed that their friend’s Alza managed to drive through a 6-foot (183cm) flood.