The message claimed that each Paxlovid pill contains a microchip and those who ingested it will be mind controlled by the government. 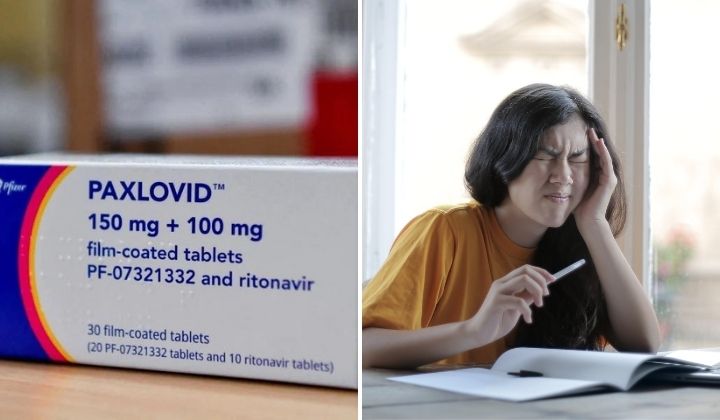 Not too long ago, the Health Ministry (KKM) announced the use of Paxlovid pills to treat Covid-19 patients who are at risk of suffering severe symptoms.

Right on cue, irresponsible parties have started their fear-mongering and spread fake news about the Paxlovid pills on social media.

A netizen named Khairul (@khairul_hafidz) shared a post he found in what looked like a Telegram group that advised others not to take the Paxlovid pills.

According to the sender in the group chat, the government would control its citizens with a microchip embedded inside the Paxlovid pills.

The sender claimed that once the pill is ingested, the person will automatically be under mind control and do whatever KKM says. They also claimed that KKM worships the devil and will lead others to renounce their faith.

Khairul said he thinks he knows where the conspiracy theorists got the idea from and attached a screenshot of an article by the Unites States’ Food & Drug Administration (FDA).

The press release states that the FDA approved Abilify MyCite, a pill with a sensor that digitally tracks if patients have ingested their medication.

According to FDA’s press release, these special pills are made to help patients who have trouble remembering to take their medications such as people with schizophrenia, acute episodes of bipolar I disorders and those with adult depression.

I think i know where these people got the ideahttps://t.co/9uoO67Jb9z

Khairul also wondered if people really believed that they are so important until the government has the time and funds to track its citizens’ medicine intake schedule.

Netizens couldn’t believe how some people were willing to take medicines made for horses (Ivermectin) instead of medicines that are approved for human consumption.

A netizen said the expensive microchip will be much more beneficial to be implanted in the brains of smart people so the world could at least learn from them.

By consensus, netizens found the sender’s imagination to be too wild and jokingly wondered which fictional genre the story idea should be classified as.