At least 12 locations in KL were flooded on Monday. 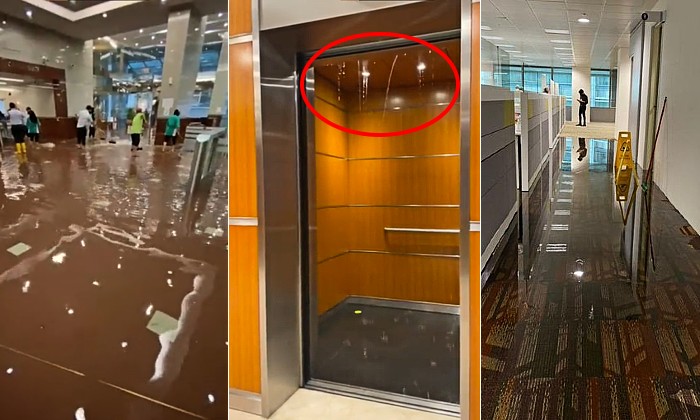 It appears that the flash floods in Kuala Lumpur on Monday (7 March) had created an unexpected water feature inside one of Malaysia’s most iconic landmarks.

Images and videos shared by users on social media show several sections of the building being flooded.

In one video, workers were seen trying to clear out the ankle-deep water that had somehow gotten into the building’s lobby.

Meanwhile, another video showed one of the elevators inside the building leaking water like it was some sort of shower or makeshift waterfall.

Netizens also reported that other areas near KLCC, like the Impiana Hotel on Jalan Pinang, had also flooded.

According to the KL Fire and Rescue Department (Bomba), as many as nine separate locations across the city encountered flash floods during Monday’s downpour.

Meanwhile, KL City Hall (DBKL) reported that as many as 12 locations in the city were affected by the floods.