The automatic voter registration revealed that the woman lives in Paloh but her whereabouts can’t be traced due to insufficient records. 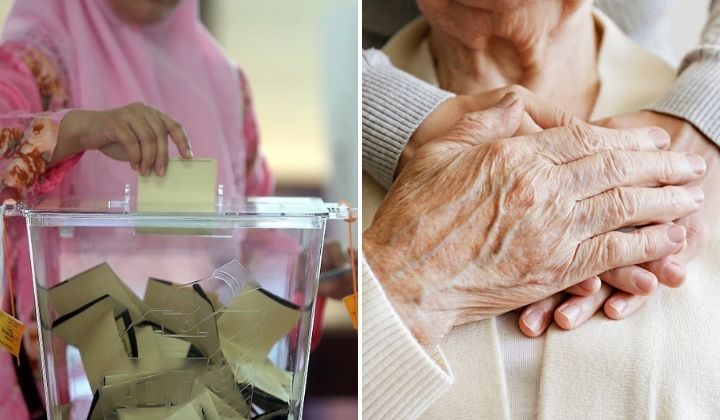 Thanks to the automatic voter registration (AVR) that was recently implemented, Malaysia currently holds the unofficial world record for having the oldest living person.

The Malay Mail reported that the oldest living person on record is a woman who’s supposedly living in Paloh, Johor.

Malay Mail did a quick check on the Election Commission’s (SPR) web portal for voter’s eligibility status and found a positive result on the 122-year-old woman who was born on 31 December 1900.

This new information also showed that the AVR system has introduced old unregistered voters who were most likely unable to vote and raised questions on the cleaning up of voter lists without cancelling legitimate registrations.

Paloh incumbent Sheikh Umar Bagharib Ali said he was perplexed when he first found out but noted that the data wasn’t fabricated because it was obtained from SPR.

They have not been able to trace the person’s whereabouts because the existing personal records were incomplete.

Despite this, the 37-year-old DAP politician has instructed his party’s polling agent to keep watch if the said person shows up to vote on 12 March.

What do the records say?

So far, the current oldest living person in the world is a Japanese woman named Kane Tanaka, who was born in January 1903 and is now 119 years old.

The Malaysian Book of Records currently officially recognizes Annamah Abukutty from Penang as the oldest living woman in the country at the age of 110.

The oldest living man is Seliman Bandang from Sarawak at the age of 111.

A gathering of centenarians in Paloh

All 13 centenarians are registered as voters in SPR’s web portal.

Those aged 60 and above comprise 22.8% (5,884) of registered voters in the constituency, where the ageing population is on a gradual rise.

Those aged above 60 were the dominant voting group in 11 out of 18 district voting centres (PDM), with the highest proportion recorded at 57.1% in one of the PDM.