It’s rare for snow to form in the tropics but its not impossible. 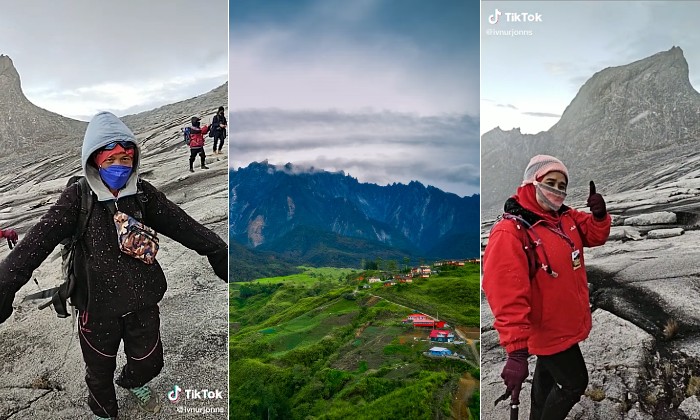 Mountaineers on top of Malaysia’s highest peak marvelled at the magical moment when snow sprinkled down on Gunung Kinabalu in Sabah.

The spectacular phenomenon was captured on video and is currently taking the internet by storm.

It’s a calling??! lesgoo?! By the time we go the mountain covered with snow already😂Kinabalu with Everest vibes😂

It’s said that the snowfall lasted for only a few minutes at around 7 in the morning.

“Wow! Snow is falling on Mt. Kinabalu guys!” said one ecstatic climber in a clip that shows white powder falling from the sky.

In another video, a group of hikers were seen enjoying the alpine conditions as tiny ice crystals covered their bodies.

Snow in the tropics?

Though it may seem impossible, snowfall in the tropics is not really an anomaly especially in places with very high elevation like Gunung Kinabalu.

According to Malaysian Meteorological Department (MetMalaysia) Director Muhammad Helmi Abdullah, cold temperatures below 0°C coupled with just the right amount of humidity can lead to “frost” or small white ice crystals to form at such places.

In a quick interview shared by TV3 journalist Norfazilah Mohd Sahir, the director explained that though the phenomenon is rare, it’s totally natural.