The Standard Four boy kept his promise to his father and couldn’t wait to tell his dad all about it. 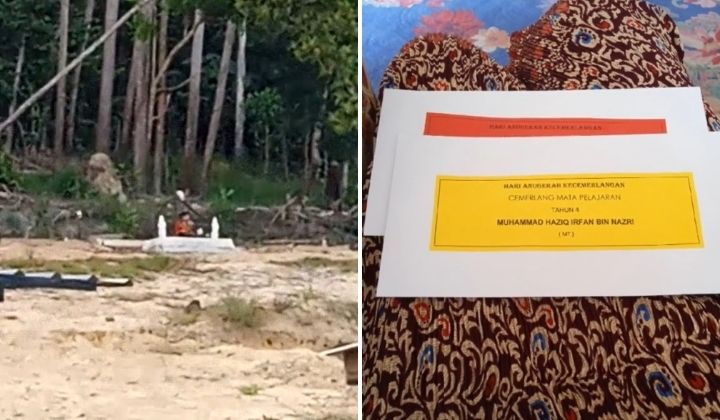 A young boy’s dash to his father’s grave to show his achievements melted the hearts of many netizens.

In a TikTok video shared by his mother (@arysu87), the young boy could be seen clutching his award of excellence slip while running towards his father’s grave.

He squatted beside his father’s grave and excitedly told him all about his achievement.

According to his mother, the boy has promised his late father that he’ll do his best in school and win the award.

She said that he was close to his father and perhaps it’s the reason why he was so excited to bring the good news to his dad.

Netizens were touched to see the boy’s happiness and love for his dad. They believe that the father was equally proud of his son’s hard work and achievements.

The netizens were also proud of him and wished him further success in life. They hope he’ll look after his mother and family when he grows up too.