Frustrated Malaysian drivers list down several solutions on how to resolve the toll congestion. 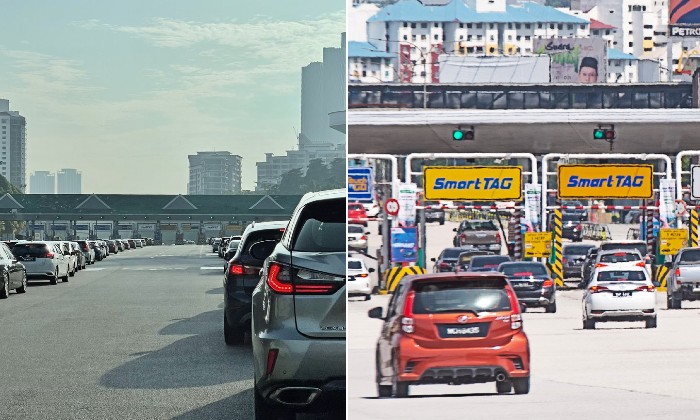 Malaysian drivers were welcomed by massive traffic jams at the Jalan Duta toll plaza’s RFID lanes on the Plus expressway heading into Kuala Lumpur on Monday morning (21 February).

Frustrated by the crawl, commuters took to social media and blamed Plus’s RFID toll payment system for being inefficient and not working as intended.

Perfect picture of how inefficient RFID lanes are 🙄 pic.twitter.com/OpZi6Y4jAH

In response to the issue, Plus issued a statement explaining that the jam wasn’t really their fault.

The statement reads that the crawl was caused by drivers who had “insufficient balance” to pay the toll using the RFID lane and proceeded to reload their e-Wallets online then and there at the toll during the peak hours of 8 and 8.59 am.

Plus apologised for any inconveniences that occurred and said that they’ll help guide customers to park their vehicles at a safe location away from traffic in front of the RFID lanes to conduct their reloads.

They also advised road users to always be aware of their Touch ‘n Go e-Wallet and card balance beforehand to ensure a smooth journey while reminding them that tools can be paid via three methods: RFID, Touch ‘n Go card and SmartTAG.

However, comments on Plus Malaysia’s official Facebook page reveal that drivers are tired of the nation’s road toll troubles.

“It’s okay, the rakyat is used to being gaslighted,” wrote one commenter, vexed over the problem that’s been noted to have been ongoing for years.

Many were of the opinion that the current cashless payment system used for the nation’s tolls were inconvenient and has many flaws.

“This changes nothing right? No matter if we top up RFID, Touch ‘n Go or SmartTag, our journey still wouldn’t be smooth right? Opss…” one commenter noted sarcastically.

“Ala, even with sufficient balance, you’d always get stuck, whether it’s SmartTag or RFID.” wrote another.

“Even when my e-Wallet balance was sufficient I still got stuck at the Sungai Dua Toll Plaza for almost half an hour. The problem was the RFID lane wasn’t working. Cars were lined up. In the end, had to pay cash. What kind of system is this?” wrote one commenter, highlighting that the problems were widespread.

There were also several solutions provided by Malaysian road users on how to fix the problems. So we listed ’em down below:

Meanwhile, others just want the whole “paying tolls” thing to go away entirely.

“Abolish tolls!” wrote one commenter in their rebellion.