Former Education Minister debunked the latest allegation that he was given a Vellfire with humour. 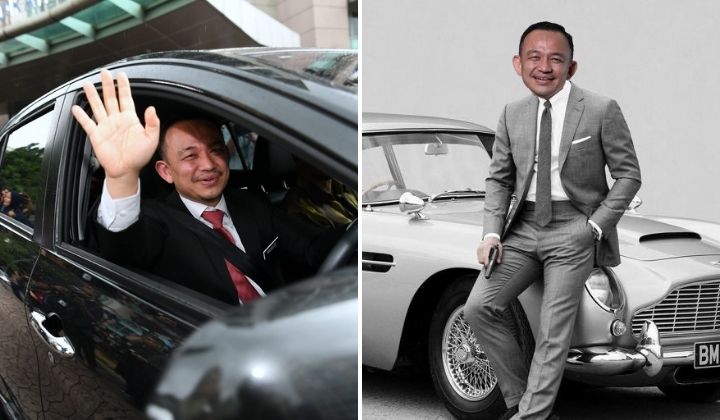 The Malaysian Anti-Corruption Commission (MACC) recently reported that it had received two complaints regarding corruption and malpractice involving Maszlee, as reported by Free Malaysia Today.

Maszlee has said the allegations were an attempt at character assassination and slanderous ahead of the Johor state elections.

The latest rumour Maszlee had to debunk was that he received a Toyota Vellfire as a sum of money from a company when he was a minister.

Maszlee said that he returned the Vellfire on the day he resigned as the Education Minister, and the vehicle now belongs to EMGS.

This agency was under the Education Ministry at the time but it’s now under the Ministry of Higher Education. The CEO of EMGS currently uses the Vellfire in question.

He added that his official vehicle is a Perodua Myvi. Maszlee also jokingly said he drives an Aston Martin and photoshopped his face on Daniel Craig’s face in a James Bond poster featuring the luxury car.

In the same Twitter thread, Maszlee joked that he bought the Aston Martin with his younger sibling’s money.

This was a reference to the time when MACC chief commissioner Tan Sri Azam Baki denied corruption allegations and said his brother bought the shares in his name.

Netizens were tickled by Maszlee’s post and said he looks like James Bond with the pose in the picture.

In reply, Maszlee cheekily said it was James Bond who copied him.

Another netizen edited Maszlee’s face onto another picture of James Bond with the same car in the background and said that that picture looked nicer.

However, Maszlee pointed out that there was “no gun” in the picture.

Another person sympathised with Maszlee and felt sorry that he has to refute allegations against him.

They also reminded Maszlee to ignore the haters online and wished him the best.

Of all MPs you are one of the best, I am so sorry you have to face all these false malicious lies brought against you. This is what happens when a regime is in power. They try to silence you.