The virtual concert on Snapchat features songs from the Valentine’s Day film’s soundtrack. 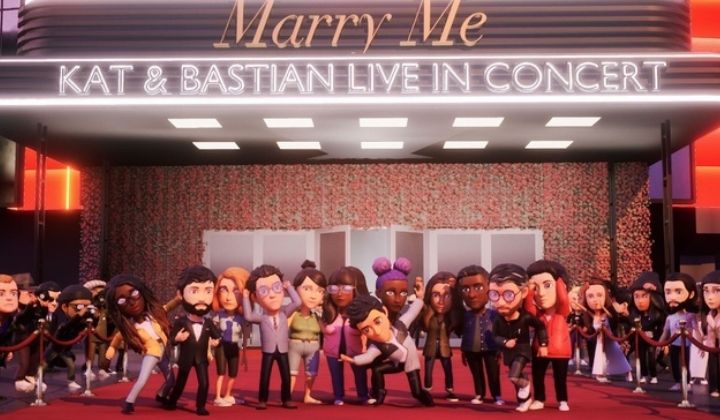 Do you miss going to a live concert and dancing in the crowd while watching your favourite artist perform?

Well, count your lucky stars because you might be able to relive the concert-going experience virtually with Jennifer Lopez and Maluma’s performance on Snapchat!

Jennifer Lopez and Maluma will be performing songs from their upcoming Valentine’s Day film Marry Me as their characters pop superstars Kat & Bastian on Snapchat on Saturday, 5 February at 9 am MYT.

The concert will be held in front of a real-time audience and you can join the crowd as your Bitmoji Avatar.

Here’s how you can tune in to the virtual concert:

What to expect during the concert?

During the concert, you can start the wave among the virtual crowd made out of other Bitmoji attendees.

When Jennifer Lopez performs a love song, attendees can release virtual doves into the arena.

Attendees get to trigger a series of lasers to sweep the stage and crowd to complete the whole concert vibe.

Other interactions include perfecting your virtual dance movies, blowing bubbles, and spawning hearts in the arena.

After the concert, attendees will be asked to provide their email if they want to receive post-event updates and photos of the event, which may include their Bitmoji Avatar.

A video of the concert will be available at a later date and attendees will have the option to be notified when the video becomes available too.

The film Marry Me starring Jennifer Lopez, Maluma and Owen Wilson drops in theatres on 4 February.