They are cute and halal but are they legal though? 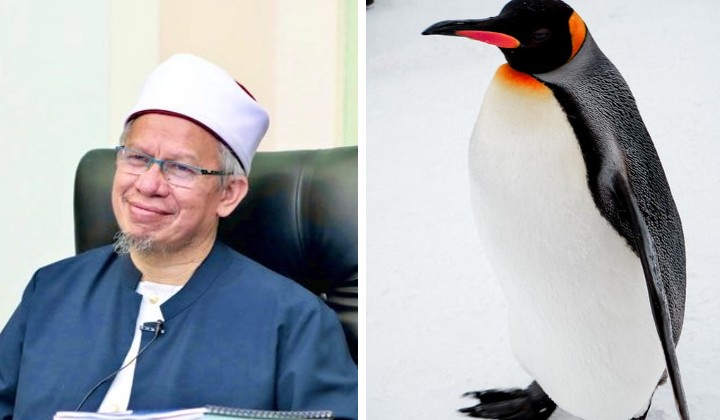 In Islam, there are food which is halal (permissible to eat) and haram (prohibited to eat) according to the rules of Islam.

Talking about this situation, one Twitter account has brought up a rather peculiar animal to be asked about its halal status. And the reply by senator Dr Zulkifli Mohamad Al-Bakri is even more amusing.

The question asked was “What’s the rule of eating penguin meat?”. The Twitter account that asked the question above is an admin for Dr Zulkifli’s e-book and also religious Q&As website called Maktabah Al-Bakri.

The senator himself replied to the question with this answer.

“Cute and halal. However, some of its species like the Emperor’s Penguin are endangered. Hence, we should all protect them.”

This is probably just some Q&A content to educate the public about Islamic info.

However, as educating as it is, we just can’t keep from raising our eyebrows when Dr Zulkifli answered with the term “Cute and Halal”.

Netizens are flooding the comment section with stunned and speechless reactions to the words “Cute and Halal”.

Some even joked that there should be a recipe for this and tips on how to slaughter the penguins correctly as they don’t seem to have necks. Humour, but dark.

Mydin’s social media admin also quoted the tweet joking for the public to not seek penguin meat here at Mydin as they do not sell them.

Funny or not, Dr Zulkifli actually did answer the question with a yes and a lot of people pointed out that they thought creatures that can live in both water and land environments (e.g reptiles and amphibians) can’t be eaten by Muslims.

However, what is permissible to eat shouldn’t necessarily be eaten like regular poultry or meat. Especially if the animal is endangered, hence it is not even legal to eat them. This just serves as info for the penguin’s halal status.