The 20-year-old wedding photos she took with her husband were damaged by the floods and her husband doesn’t want to retake them. 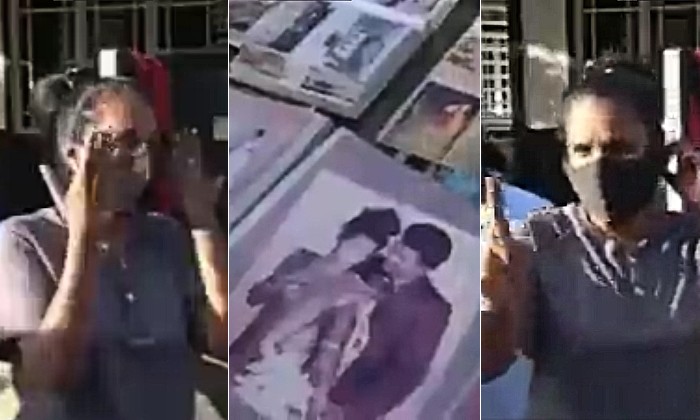 Malaysians loved the chill “vibes” and felt the melancholy expressed by a woman who lost her prized wedding photos during the recent floods in Selangor.

In a video originally published by Malaysian Gazette, a local lady expressed her sorrow when the 20-year-old wedding albums she took with her husband were left damaged following the floodwaters.

Though saddened by the loss, the “auntie’s” lax demeanour in conveying her emotions captured Malaysia’s hearts as she lightheartedly said that “you can only get married once”.

“Our sweet memories were all destroyed, we can’t get married again right?” said the lady, telling reporters that they don’t have copies of the pictures that were taken a long time ago at a photo studio.

“We can’t get married again?! My face isn’t as cun (pretty) as it was before also right?” the auntie continued, saying that she had asked her husband to get married again but the man refused.

p/s: Hope got photographer can give free photography service to this akak

shsjshdj it’s supposed to be sad but when she said that it’s cute 😭😭 https://t.co/DpiCDaMsJU

i love how she expressed her disappointment, funny in critical situation 😂 https://t.co/PLiZahcrLC

Providing some explanation to what the auntie meant by getting married “again”, Twitter user Evonia chipped in to say that it’s sometimes customary for Indian couples to celebrate their 25th or 50th wedding anniversaries by tying the knot for a second or maybe even a third time.

If you all might be wondering what she meant by kahwin lagi, is that indians used to have wedding anniversary by having a wedding ceremony again.