The PM launched BKN 2021 stating that the country faced a “disaster within a disaster” with the pandemic and monsoon season. 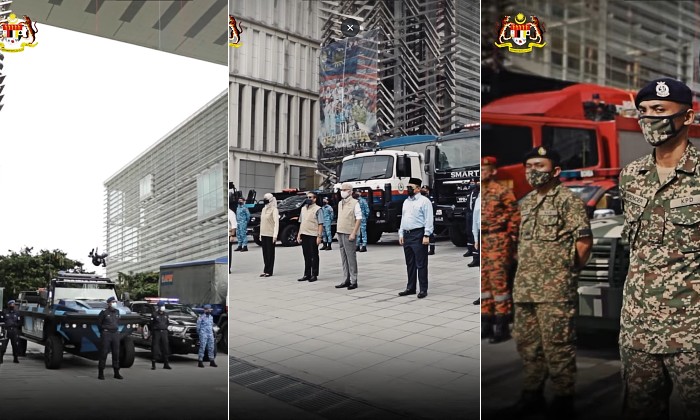 “What was the point of the National Preparedness Month?” was the question looming on netizens’ minds following the flood disaster that’s ravaging parts of the country.

So in October, the government launched the 2021 National Preparedness Month (BKN) with the theme “Malaysian Family Prepared for Disaster” held in conjunction with the International Disaster Day on 13 October.

The aim of BKN 2021 was to increase public awareness and the level of preparedness and cooperation of various agencies and NGOs in planning for the winter monsoon season which was predicted to take place between November and March the following year.

During the launch, Prime Minister Datuk Seri Ismail Sabri Yaakob was quoted as saying that Malaysia was facing a “disaster within a disaster” as the country continued to tango with the Covid-19 crisis as well as the weather, besides noting that we needed to be ready for any eventuality.

In the spirit of Keluarga Malaysia, I urge all quarters to work together to realise the plans rolled out by the government during any form of the disaster.

The launch of BKN 2021 was accompanied by a rather grand ceremony that showcased the capabilities and state-of-the-art assets belonging to various authorities and first responders that most Malaysians only got to see in a video that was also shared by the PM himself on social media and other official government channels.

Following recent events though, Malaysians online seem to convey the opinion that BKN 2021 was an epic fail.

Basically, netizens collectively had two questions for the government:

Are these only for display purpose ?? https://t.co/WywfNC85rR

Seeing this video makes everything even more infuriating. I have nothing left to say. https://t.co/7MINqIRzss

Where were they hiding during the recent floods? Why did they not render their professional services, this could have saved lives, lot of misery and suffering to our fellow Malaysians.

When the trailer is better than the movie

Reportedly, over 60,000 denizens were affected by floods in Kuala Lumpur, Selangor, Negeri Sembilan, Pahang, Perak and Melaka where around 14,000 people were forced to evacuate their homes to take shelter elsewhere.

As of 23 December, 37 people were noted to have perished during the floods while many remained missing.