The store manager did nothing even after complaints were raised. 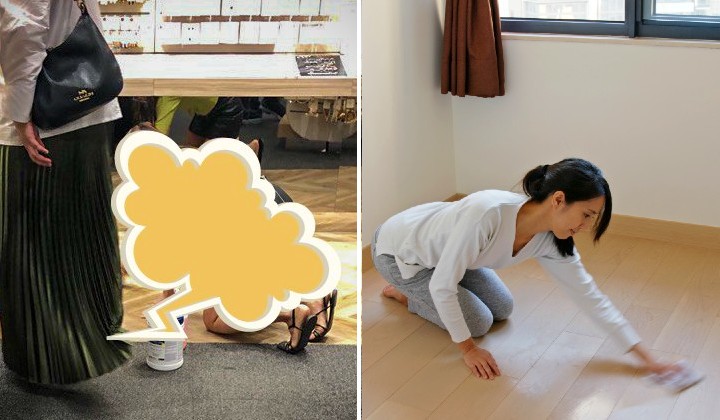 Twitter user Nicholas Gomez was in for a rude shock when he visited jewelry chain store Lovisa in KLCC and found a new staff on her hands and knees.

The part-timer was scrubbing the entire shop floor with wet wipes without any proper safety gear, such as disposable gloves.

There was also no signage to warn customers of the slipping and tripping hazard, such as a wet spot on the floor or an entire human woman crouched at knee-level.

Allegedly, she also had to look up from the floor to answer customer questions, which was probably as uncomfortable and awkward for the customer as it is for her.

Nicholas and his wife are regulars at the store, and so assumed that she was a new girl as they did not recognize her. He also noted that they have never seen any of the regular staff being made to clean floors in such a demeaning way.

Although they confronted the manager at the store directly, they were brushed off without given a real reason for the treatment of this staff.

Netizens were quick to point out that it was incredibly demeaning to have the new staff do such a thing, and even suggested that this could be an example of workplace bullying.

Some even suggested that Malaysians have a bad habit of closing an eye towards unacceptable behaviour due to our culture of keeping silent, but this will only serve to allow such mistreatment to continue.

See something say something DO something! Too often have we kept silent when we see folks being mistreated/ bullied cuz we’ve always been told “jgn jaga tepi kain org”.

TRP has reached out to Lovisa for futher comments on this issue.