Lee also threatens to sue Wang and his father for alleged libel. 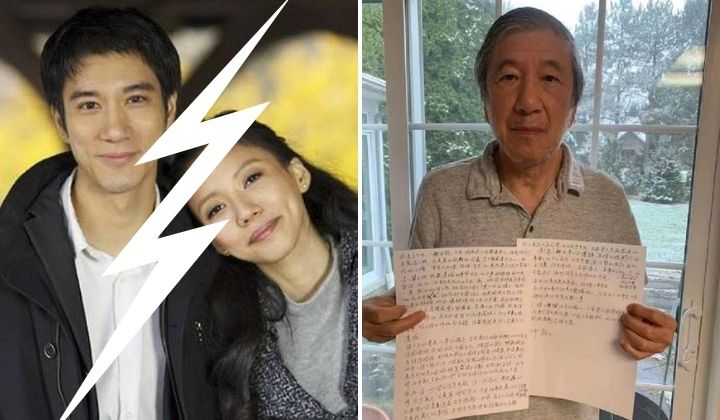 In just two days after Taiwanese-American singer Wang Leehom announced his split from his wife Lee Jinglei, Lee posted a long letter on social media on Friday, 17 December, and accused the singer of various wrongdoings throughout their marriage.

Among the things she has accused Wang of are:

When confronted, Wang admitted he has a problem and that he couldn’t control himself from seeking prostitutes.

Lee asked for a divorce years ago but Wang refused. He said she was his ‘one and only,’ referencing one of his famous songs, ‘The One and Only.’

Lee added that she has been forced into a divorce now.

You asked for a divorce. You said if you meet a woman you love, you don’t want her to be deemed a mistress. When I refused, you used all means and ways to verbally bully me, humiliate me and spread rumours about me to our friends and relatives.

Lee Jinglei wrote in the letter on social media.

In the letter, she also hinted at Wang’s sexuality which has been mired in rumours for a long time.

…I hope you can be honest with yourself and ignore conventions and society’s judgment. Be with someone who is right for you.

Lee Jinglei wrote in the letter.

Wang tries to bribe his ex-wife

After her post on social media went viral, Wang tried to bribe Lee with a condo and told her to tell the press that her accusations were groundless, if she apologised.

Wang’s father, Wang Ta-chung, who’s based in the United States, defended his son and blamed Lee for the marriage breakdown in a handwritten letter to Apple Daily Taiwan.

He regretted agreeing to the marriage between Wang and Lee and accused Lee of planning to destroy Wang’s career from the beginning of their relationship.

I am the only one in the family who agreed to the marriage, as I felt that it was necessary to protect the child and his career was important. She might also be good after marriage, but it turned out to be the biggest regret of my life.”

Lee refuted the elder Wang’s statement and said it pained her seeing Wang, who’s 45 years old, hiding behind his father who’s in his 80s.

She also disputed his claim that Wang suffered during the seven years of marriage.

How could there be children if there was no love? Was I a child-bearing machine? He may be an actor, but I am not. I could not show my affection in public if there wasn’t any.

She threatened to sue Wang and his father for alleged libel if Wang did not apologise to her by 3 pm today (19 December).