Two men were caught on CCTV for stealing parcels from a home and netizens reacted with winning commentaries. 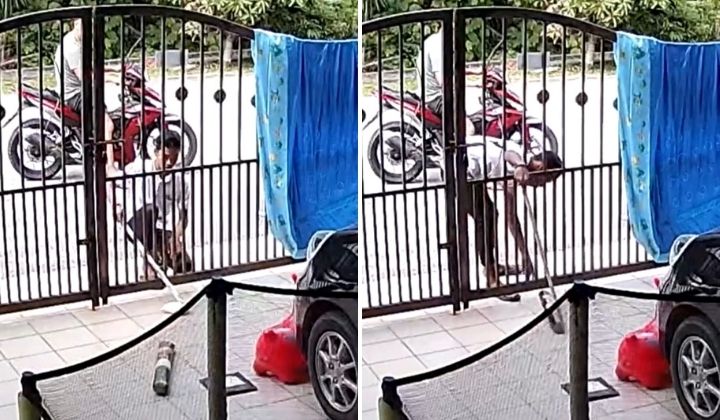 The whole act was caught on the home owner’s CCTV and it showed two men arriving outside the house on a red motorcycle.

One of the men approached the gate with a long stick to drag the delivery parcels on the floor towards him.

There were three parcels but the thief only took two that were the closest to him. The two men rode away calmly like nothing bad happened.

People who steal parcels from homes in the United States are known as porch pirates. Seeing it happen here in Malaysia was a surprise to some netizens online.

Netizens were obviously incensed but the funny comments outshone the other statements.

A netizen said luckily they didn’t steal her delivery items because if they did, they’ll only find plant seeds.

Someone else said the third parcel was probably ignored because the thieves thought it was a book.

Another person surmised that the thieves were probably going to make a mystery unboxing video.

A netizen joked that Satan must be surprised by human behaviours too.

Similarly, another person pointed out that some people rather put in the work to steal than work hard.

Out of all the responses, the best reaction came from a netizen who was left speechless at the thievery.