The person was compelled to share his story after sympathising with the boy that recently got bullied in Perak. 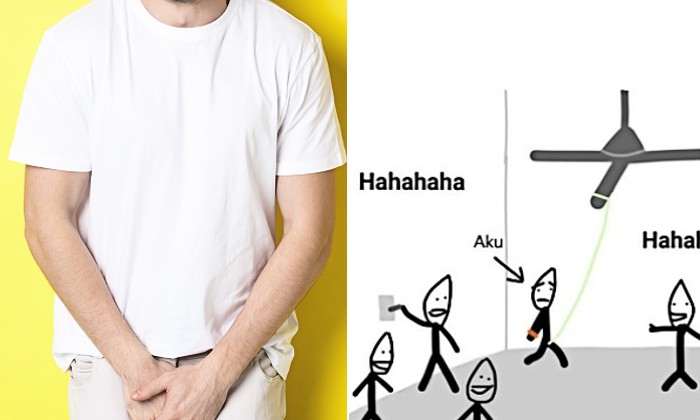 An unnamed individual revealed the sick and perverted bullying he allegedly endured as a student at a local boarding school when bullies tied his penis to a piece of thread and attached it to a moving ceiling fan.

A story published by Utusan Malaysia quoted a Facebook posting made by a person who chose to remain anonymous when sharing anecdotes of the torturing he received at the hands of his former schoolmates.

“I just want everyone to know that boarding schools are full of ‘anak-anak iblis’ (the devil’s offspring),” wrote the man in his confession.

He explained that he was compelled to share his own experience with bullying after sympathising with a schoolboy who recently became a victim of the same mistreatment at a boarding school in Perak.

Detailing the abuse he received, the man supposedly included a crudely drawn illustration of the incident, which had him and four other students in the room, laughing and tormenting him.

“I wasn’t just beaten up and scolded. One day, the bullies tied a piece of thread to my penis that they then tied to a ceiling fan. Both my hands were bound,” he wrote, telling the terrifying story of how he had to run around the room to avoid his genitals from being injured, or worst, dismembered.

I was running in circles weh! At one point they switched the fan to Level 3 and I had to run really fast. When I was tired of running, the thread snapped off. My skin down there was left wounded.

Remembering the names of his bullies to this very day, the man gives a rather chilling piece of advice to parents who send their children to boarding schools.

I won’t forgive you until the end of time. You might have escaped punishment in this life but wait for the next. To parents who send their kids to boarding schools, always be sure to call and check on how they’re really doing because sometimes they might be afraid to say anything.