Despite the former couple’s cheerful attitude, netizens seemed unhappy with the dance video. 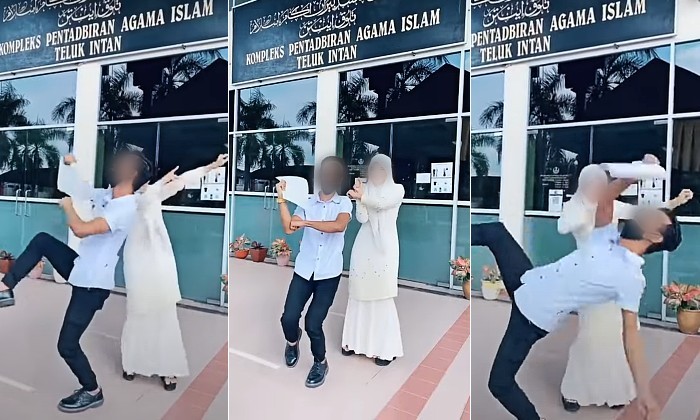 There’s an old saying that goes “if you love someone, set them free”, and it appears that one married formerly married couple in Perak really took the idea to heart and ran danced with it.

In a video that’s making views online, a couple of divorcees took a second to make a TikTok dance video when their marriage allegedly came to an end.

The short clip which had a caption that wrote “I’m officially a JANDA today,” (“Janda” means a divorcee or a widow, just FYI) saw a man and a woman performing a coordinated dance number outside the Teluk Intan Muslim Administration office with what people assume to be their divorce papers.

In the caption, the janda also thanked the ex-husband for taking care of her during the course of their relationship and hopes that he finds a better soulmate.

Despite the former couple’s merry attitude, people online seem to be rather upset by their actions.

Comments from netizens alluded that the divorcees should’ve been embarrassed that their marriage had ended instead of doing a happy dance.

This roughly equates to around 132 couples choosing to break up their ensemble, every single day.

It’s pointed out that financial troubles, domestic abuse, external pressures and other afflictions such as depression were among the top reasons why couples choose to split up.