He kept feeding the dog with fresh coconut water in hopes to flush out the poison. 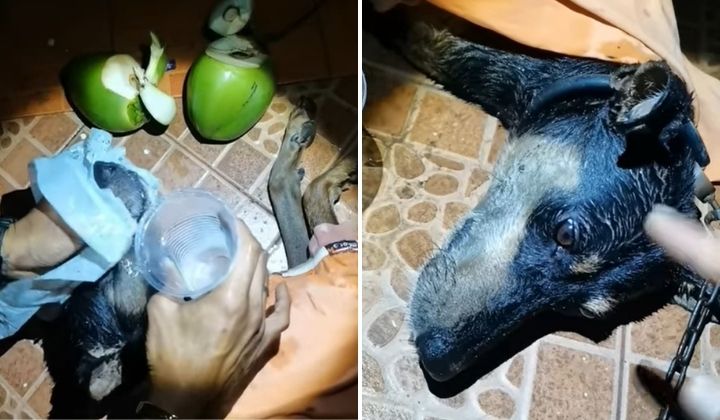 Some of us are afraid of dogs whether it’s a large or a small dog. Unfortunately, this fear or disgust for dogs has emboldened a few people to poison these animals in the neighbourhood.

Not too long ago, a poor dog that was poisoned stumbled into a stranger’s house around 3.30am for help.

According to a post by Facebook user Apih McQuinn, the dog was foaming at the mouth and was shaking all over.

Apih wrote in the caption that he wasn’t a veterinarian but he tried to help as best as he could.

He kept the dog warm with a jacket and quickly cut down two coconuts to feed the sickly dog coconut water in hopes to flush out the poison.

In one of the videos, the dog looked like it was in a catatonic state. Apih kept talking to the dog while slowly feeding the dog with more fresh coconut water.

Fortunately, all his effort paid off when the dog managed to recover.

Apih said the dog could stand on its own feet the next day. The dog ran away after being fed with sardines.

Netizens thanked him for saving the dog although it wasn’t his own pet.