Kuala Lumpur ranked highly in most categories under the 2021 Expat City Ranking. 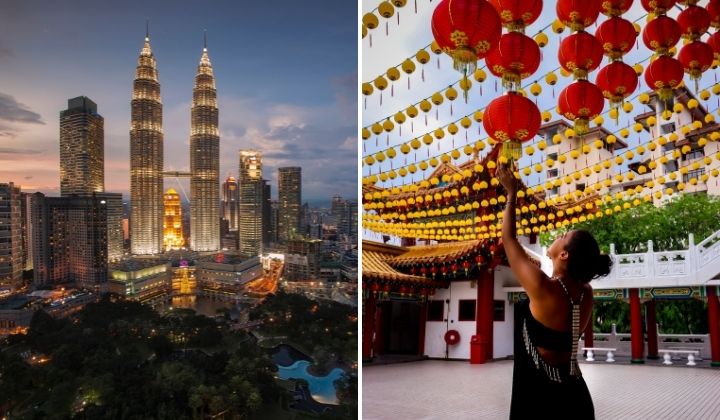 InterNations, a Munich-based expat network, has released its 2021 Expat City Ranking with responses aggregated from more than 12,000 expatriates representing 174 nationalities in 186 countries across the globe.

So, how did Malaysia fare and did we even make it into the list?

Surprisingly, the Malaysian capital of Kuala Lumpur emerged as first in the list of best cities in the world to live in for expats.

Based on the current list, Kuala Lumpur dethroned Singapore, the fifth-best city to live in for expats.

The other Southeast Asian cities which made into the list are Ho Chi Minh City in sixth place and Bangkok in the eleventh place.

What did the ratings say about living in Kuala Lumpur?

Kuala Lumpur ranked first in the Getting Settled index, with expats saying it’s a great place to make new connections for fresh expats.

74% are happy with their social life in Kuala Lumpur, and 65% expats in the city agree that it’s easy to find new friends.

92% of expats said it was easy to live in the city without speaking the local language too.

This is probably because expats can still get around the city without the need to fully pick up the local language, Bahasa Malaysia, because most of the locals in Kuala Lumpur can converse in English well enough.

For those who tried their hand to learn the local language, 53% of expats said it was easy to pick up Bahasa Malaysia.

27% of expats shared they spoke Bahasa Malaysia reasonably well, while 73% said they speak the local language only a little or at all.

Kuala Lumpur locals also rank highly at 81% for their general friendliness, and 77% expats say that people in the city are generally friendly to foreign residents.

About 75% of respondents said they feel right at home in Kuala Lumpur, and 78% find it easy to get used to the local culture.

For expats, the cost of living in Kuala Lumpur is affordable, and the city is listed as the top city under the Finance & Housing Index.

More than nine in ten (91%) agree that looking for housing in the city is easy, with 60% of expats agreeing completely and almost three in ten (29%) finding the affordability of houses in Kuala Lumpur very good.

When it comes to their financial situation, 80% said they’re happy with their current status, and 64% say their household income is more than enough to cover their living expenses.

Despite all the good results, Kuala Lumpur didn’t do well under the Urban Work Life Index and only ranked at 30th place.

Expats are happy with their working hours and work-life balance but not too keen about the state of the local economy and career opportunities in the city.

You can read the full Expat City Ranking 2021 findings here.