Datuk Wira Lee Chong Wei was praised for his agility and song choice too. 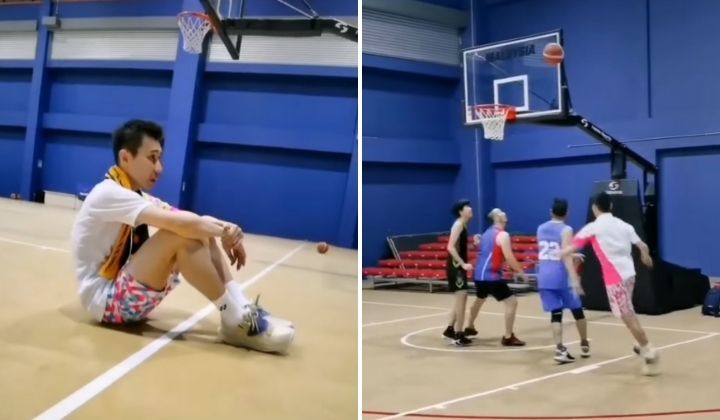 Datuk Wira Lee Chong Wei may have hung up his badminton racket for good, but his recent video on Instagram showed that he might have picked up a new sport instead.

In the video, the former World Number 1 player showed off his basketball skills in court with some friends and even scored some goals during the game.

Chong Wei also teased his followers with a joke in the caption and wrote, “I’m LeChon James.”

The video, which was posted yesterday, received 69.2k likes and counting.

Netizens were excited to see Chong Wei show off his athletic skills on the basketball court.

A few of them praised Chong Wei for ‘conquering’ basketball as well as badminton.

Another netizen pointed out how agile Chong Wei was on the basketball court.

Aside from that, they also loved his song choice in the video. It’s a remix of the song called Masih Mencintainya by an Indonesian group Papinka.

Chong Wei made the painful decision to retire from badminton on 13 June 2019 after consultations with doctors in Japan.

After 19 years playing badminton for Malaysia, Chong Wei earned various achievements and titles including winning 3 Olympic silver medals, and is known as a Malaysian hero.