While our ministers opted for Vellfires, the Kenyan police force embraces the sleek Proton SUV. 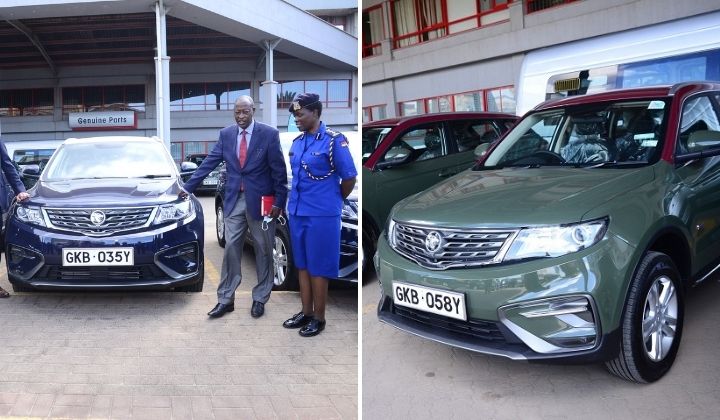 While the Malaysian government has forgone the local Proton Perdana as official vehicles and opted for the Toyota Vellfire instead, the Kenya Police Service is happy to embrace Malaysia’s Proton X70 as its official police car.

The company wrote that they’ve handed over 30 Proton X70 SUVs to the Kenyan police force in the caption.

The Proton X70 will bring supreme style, superb stability, and comfort to the National Police Service as they execute their mandate.

Since Proton’s merger with Geely, the company has produced some quality vehicles.

The Proton X70 is the company’s first SUV which has since sold 48,000 units within two years.

The SUV has since been exported to other countries such as Brunei, Indonesia and Pakistan.

The first question netizens asked was about the unique colourways for the police force in Kenya.

Another netizen commented and said they finally knew why there was an eight-month waitlist for the Proton X70.

The others praised the majestic look of the new police cars, and they even noted the fierce Proton logo.

The Kenya Police Force is also getting Toyota cars

According to Kenyans.co.ke, the Kenya Police Force has also received some Toyota vehicles under a leasing programme with Toyota Kenya.

On 5 November, the police force received 81 out of the 592 vehicles expected from Toyota Kenya.