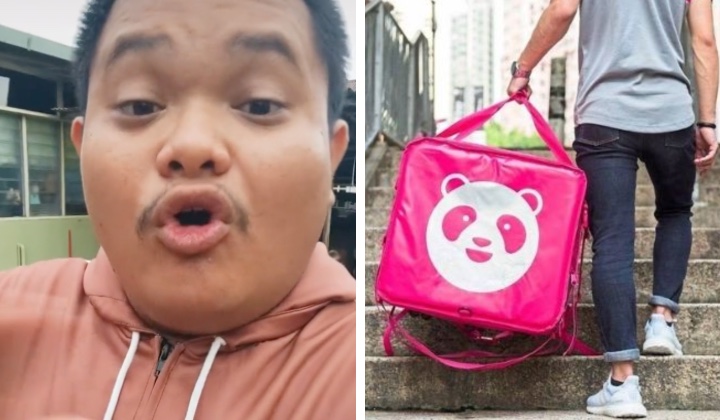 Nowadays, people can choose to pay by cash on delivery (COD) when making online purchases.

People choose COD because for various reasons. For example, they do not have a credit/debit card. Or, they could have been a victim of online card fraud and they don’t want to risk it again

However, COD also has its weakness. It is allegedly being manipulated by unscrupulous delivery guys who cheat the vendors out of their money.

Accordingly, there was a delivery guy who collected cash from his customer and then falsely claimed that the meal could not be delivered.

By doing so, he was able to skim the money paid for the meal, with the vendor having to bear the loss!

This was revealed in a TikTok video by @khuzaimie_lemat1.0, a former security guard who now works as a delivery guy.

He said that the unscrupulous delivery guy would first deliver the food to the customer’s address.

Accordingly, if the call went unanswered after several attempts by customer service, the order would be cancelled.

The delivery guy would complete the scam by informing customer service that the order could not be completed due to the wrong address given.

And so, he gets to pocket the money paid while the customer – who would have had a satisfying meal by then – is none the wiser.

@khuzaimie_lemat1.0 went on to explain that once an order is classified as cancelled, the delivery platform will cover 40% of the amount and 60% will be borne by the shop itself, so it will be the shop that suffers the loss.

At the same time, he stressed that not all delivery guys would try to scam money, especially in such a manner.

He warned customers and vendors to be careful and expressed hoped that delivery platforms would pay more attention as well.

More Dirty Laundry To Be Washed In Public

@khuzaimie_lemat1.0 added that he will reveal more dirty tricks by delivery guys in due course.

He had previously been verbally attacked by delivery guys for criticising their work ethics.

At the time of this writing, his latest video on TikTok was viewed more than 1.4 million times with 3,398 comments.

Netizens praised him for the informative video, and also shared their experience.

What do you think of this?