NICU costs in private hospitals can be expensive and netizens shared their experience giving birth in public hospitals. 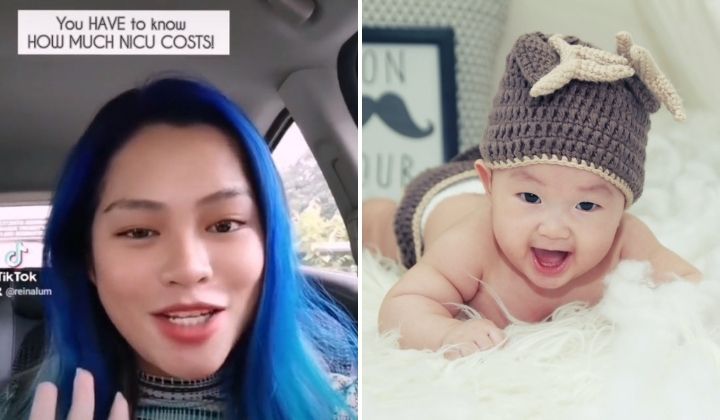 Expecting parents have always been told that giving birth in a private hospital is better than going to a public hospital.

The advice is mainly due to the common assumption that the facilities in private hospitals are better, although it costs way more.

To get an idea of how expensive childbirth can be, Tiktok user @reinalum recently advised expecting parents to consider NICU costs if they decide to deliver the baby in a private hospital.

For those who are unfamiliar with the term, NICU stands for newborn intensive care unit. NICU provides round the clock care for sick or premature babies.

Reina Lum shared a conversation she overheard when she was in the emergency room. She added that she could hear everything because only a white curtain separated them.

While Reina was there, a couple came in and the wife was in premature labour. The woman was 34 weeks in and was told by the nurse that there was a 50-50 chance that the baby might need to be put into NICU.

The hospital that they were in did not have its own NICU but it had an agreement with another private hospital to take babies in need of extra care.

Of course, the parents were worried about their baby. However, the nurse asked whether the couple wants to find out the cost of NICU first.

The couple was told that it would cost them RM5,000 per day. It was then when Reina said she could feel the whole mood in the room change.

Hearing the price per night was also shocking to Reina because it wasn’t something she thought about until now.

I just can’t believe it because I just gave birth happily and didn’t even consider all of this.

Netizens commented to share their experience and helped debunk some myths about public hospitals too.

A netizen wrote that it’s better to go to the government hospital if you’re having high-risk pregnancy because the hospital has all the specialists at hand.

Another person commented that government hospitals aren’t as bad as people think, pointing out the friendly staff in PPUM and how it’s kinder to the pocket.

A netizen also shared that her sister had placenta previa and only needed to pay RM200 instead of RM2.2k when she transferred to Hospital Selayang from Gleneagles.

Some parents shared how they only paid RM1.50 a day to put their infant in a government NICU. A stark contrast to the fees quoted for private hospitals.

An experienced mother recommends expecting mothers choose a hospital with a blood bank, NICU and all the necessary facilities in case both mother and baby experience complications during birth.

The thing about giving birth is that we can never predict what can happen.

A mother shared that she had no choice but to put her baby in NICU for 34 days due to her high-risk pregnancy.

This whole conversation on Tiktok further shows that it’s advisable for expecting parents to choose which hospital best suits their needs and prepare a backup plan just in case things go south.

Turns Out Man Who Cursed Out Security Guard Has Felony Charges