The family is asked to move out from the rented apartment too. 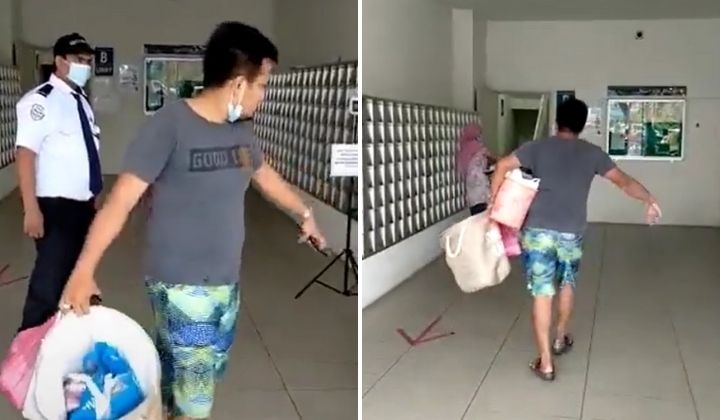 On 27 October, a couple had a heated argument with security personnel at an apartment complex in Sentul, Kuala Lumpur which went viral.

The couple, who are new tenants at Residensi SkyAwani, apparently left their young daughter in the care of the security guard while they went away to do other things nearby.

They later became angry at the security guards for not looking after their child and drew criticisms from netizens for their rude actions online.

Undeterred by the criticisms, the wife under the Twitter handle @MasAmira92, took to Twitter to ask for support and even called on former prime minister Muhyiddin for help on 3 November 2021. Her long rants are still ongoing on Twitter.

She has also claimed to have hired a lawyer to handle her husband’s case and gave a passive-aggressive warning for everyone else to watch out.

On Thursday (4 November), the management of Residensi SkyAwani released a statement in an update.

The Management has issued a warning notice to the couple and the owner of the rental unit. The couple’s rental contract has also been cancelled early and they’re said to be in the process of moving out.

The statement also noted that the police had issued a warrant on 3 November for the arrest of the man who has been caught for previous crimes and felony charges.

The public is also advised to stop sharing the viral video and to stop spreading false or misleading information to make sure the investigation goes smoothly.

@MasAmira92 gave a retort after reading the statement released by the Management.

She alleged that the management only called the owner of the rental unit to chase the family out today (5 November).