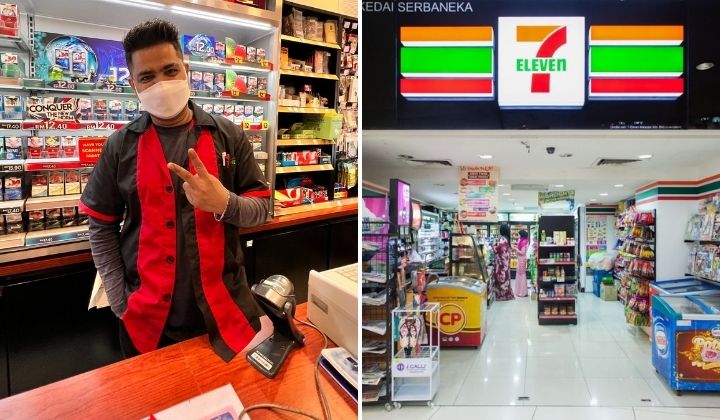 We’ve been told time and time again that doing a random act of kindness can brighten someone’s day and it’s true. The random act doesn’t even need to be grand to make a lasting impact too.

A recent tweet by Shafiqah Othman (@sfqomhz) proved just that when she shared a heartwarming encounter she experienced.

She was lining up to pay at a 7-Eleven at Jalan Bazar, Bukit Jelutong when she took notice of a foreign employee working behind the counter.

The 7-Eleven employee helped another foreigner to register their prepaid mobile number and maintained a friendly attitude the whole time.

When it was Shafiqah’s time to pay, he was just as warm when he was serving her and she left the shop with a huge smile on her face.

“Very rarely do I enter a shop and leave with such a big smile on my face. But he manages to do that without fail just with his friendly service alone,” she wrote on Twitter.

Shafiqah also said she hopes 7-Eleven will identify the model employee and give him the bonus he truly deserved.

It didn’t take too long for netizens to find out who the employee was because they felt the same way about him.

According to a tweet by Atie Mahmud (@ezypepper), the employee’s name is Al Amin who’s from Bangladesh. Atie showed him Shafiqah’s praise for him on Twitter which delighted him.

The praise for Al Amin online caught the attention of 7-Eleven and they thanked Shafiqah for sharing her wonderful experience.

They added that they love to reward Al Amin for the good work he has done.

Al Amin’s friendliness also spread to the netizens who came across the Twitter thread.

“Such a wholesome experience! Hope that guy gets a raise!” someone wrote.

“That dude that looks like mamak eh? He is very funny sis,” another netizen tweeted.

“Haha yeah agree there’s a guy there that’s cheerful. He naturally interacts with customer but not in an annoying way,” another person wrote.

“This thread is soooo calming,” another person tweeted.