He would have gotten away with it if it wasn’t for the meddling grandma. 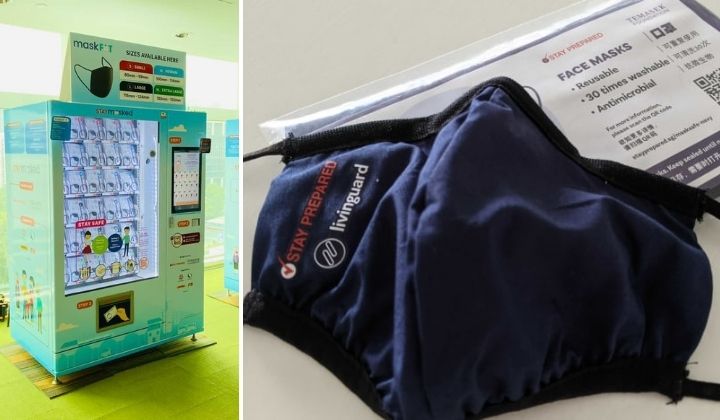 Malaysians are often taught that their cousins on the other side of the Straits do everything better. It’s not a surprise to find that a Malaysian national working in Singapore probably thought that the masks there were of superior quality too.

Malaysian national and Singapore permanent resident Lee Chee Horng, 42, secretly copied NRIC numbers from his landlord’s patient files to redeem face masks and sent them back to his family in Malaysia.

Lee’s lawyer said Lee was worried about the Covid-19 situation back in Malaysia so he hatched a plan to redeem the masks for his family.

He lives with his landlord who’s a traditional Chinese medicine practitioner and she kept patient records in her flat. Lee realised he could copy the NRIC and FIN numbers from the files and copied the personal information of five patients.

On a separate occasion, he came across a senior citizen PAssion card at a void deck in Sembawang and took a picture of it.

At first, he tried to use the points in the card at Giant supermarket by pretending it was his mother’s card. However, staff members said he could not use it.

Instead, he used the NRIC number on the card along with the previous numbers he copied to redeem the masks from a Temasek Foundation vending machine on 1 March.

In total, he managed to redeem six Livinguard masks and mailed four of the masks back to his family.

Lee would have gotten away with his mini caper if it wasn’t for the owner of the PAssion card. The card belonged to a 78-year-old woman who filed a police report on 4 March when she discovered that someone else has redeemed her mask.

She told the police that she has not authorised anyone to collect the mask on her behalf but recalled misplacing her senior citizen PAssion card which has her NRIC number on it.

The police managed to nab Lee and recovered two masks that were still in his possession. They also found a third mask he obtained using a seventh person’s personal details.

Lee admitted to the offences and voluntarily surrendered the masks. On Thursday (28 October), Lee was sentenced to one week’s jail for one count of cheating.

Gov In Discussions To Relax 3 Key SOP Measures In Malaysia

Malaysian Woman Stops Thief From Stealing Her Car, Turns Out He Stole 23 Other Cars During The Flood