While it’s easy to judge another person’s parenting skills, we might not know the full story. 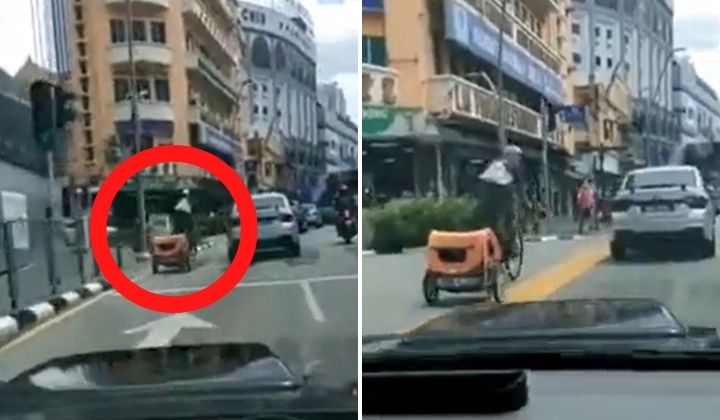 Viral videos are popular because they are all short and entertaining. While these snappy videos can sometimes make good PSAs, they can also encourage us to form judgements about someone just as quickly.

Recently, a man ranted about a parent endangering a child on the road. In the viral video he posted, another adult man could be seen cycling down a busy road with an orange stroller trailing behind the bicycle. It’s believed a child is travelling in the orange bicycle stroller with the parent.

“This is a town. It’s not a garden, it’s not a park,” the man could be heard saying.

“Have you no pity for the child? What if a car or a motorcycle accidentally swerved and hit the child?” he continued. “What are we going to do with parents like these?”

Netizens joined in the criticisms and gave their own advice too.

“When you cycle, it’s best to avoid cycling during peak hours. Avoid busy roads, roads without road shoulders, and don’t block the other vehicles on the road. You can have fun but use common sense as well, don’t leave it at home,” a netizen wrote.

“Is that a baby stroller behind the bicycle? Crazy. If it gets caught in a car or lorry tyre, the stroller will be crushed,” another netizen commented.

While their worries held valid points, some have forgotten that what we see may not give a full picture of the story. Without speaking to the family, it’s easy to judge and immediately jump to conclusions.

There are many factors that the public wouldn’t know. For one, we don’t know the family’s financial circumstances at that moment in time. Perhaps it was the only mode of transportation they have or the other vehicles they own are in a workshop.

Maybe the parents couldn’t find anyone to take of their child and the other family members or relatives are unable to care for the child as well. There’s also the possibility that they couldn’t hire a babysitter, whether it’s due to financial constraints or due to a last-minute change of plans.

While it’s easy to point out the mistakes of a parent as a stranger, we must also remember that taking care of children is hard and parents often have to do what they can. It might not be the right decision for us but it could be the only option the parents have at that time.

When it comes to videos like these, it’s good to pause and have some empathy.