Seems like everyone is having religious thoughts about Timah. 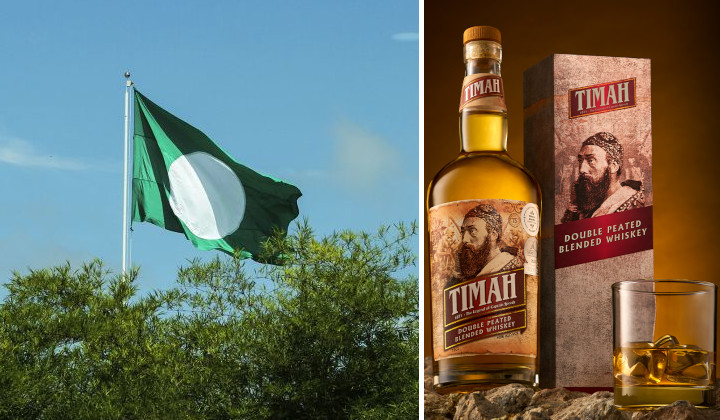 It seems like everyone who is not supposed to be drinking alcohol has an opinion on Timah, a Malaysian-made award-winning whiskey.

The PAS Ulama Council has recently submitted four proposals to the federal government to address the issue, which includes closing down the manufacturing company to prevent the emergence of more new liquor producers.

PAS information chief Mohd Nor Hamzah said since the news broke about the liquor brand, many netizens had criticised PAS as one of the component parties of the federal government, as reported by MalaysiaKini.

All the trouble stems from the whiskey’s branding: “Timah”.

In Bahasa Melayu, timah, or more accurately bijih timah, refers to tin, a bright soft metal that was once highly desirable and abundant in Malaysia.

It is also a Malay name of the largehead hairtail or beltfish.

However, in a statement, Wan Salim explains that the name is stirring so much ire because it also has a third meaning.

“As we all know, to the Malay community, ‘Timah’ is an abbreviation of Fatimah, the name of the daughter of Prophet Muhammad, who is highly respected by Muslims, both Sunni and Syiah.

“Therefore, branding the whiskey as ‘Timah’ is considered by Muslims as an insult that should not have happened.”

He added that the liquor producers must be aware of Muslim sensitivities to not create tensions in the community.

What makes things worse, said Wan Salim, is that the picture on the bottle – British explorer Tristram Charles Sawyer Speedy – looks like a pious man with a long beard and wearing a kufi.

Captain Speedy is also credited by the makers of the whiskey as the man responsible for bringing the drink to Malaya in 1861.

Please, nobody tell Wan Salim about Santa Clause or he’ll be picketing malls next month.