Human remains and cave paintings found in Bukit Kerti and Gua Semadong are dated to be between 10,000 to 2,000 years old. 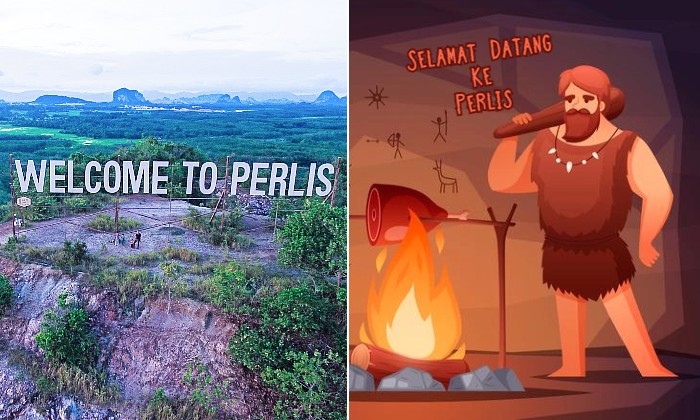 Archaeologists were able to confirm that Perlis has been home to mankind since prehistoric and proto-historic times!

Recent discoveries made in the Indera Kayangan state had provided critical data for us to add to the chronological history of our country of Malaysia and even us humans as a species.

So as the amazing story goes, a team of explorers from the Perlis Hiking Association had managed to stumble upon some ancient human skeletal remains and a few beautifully preserved cave paintings during one of their trips to Bukit Kerti and Gua Semadong, last July.

This extraordinary find is now being excavated and documented by a team of researchers from the National Heritage Department (JWN).

Researchers were able to determine that the bone and skull fragments found in Bukit Kerti may be between 5,000 to 10,000 years old – which puts it close to the age of the most complete prehistoric humanoid remains found in Southeast Asia, Perak Man, who is dated to be between 10,000 to 11,000 years old.

They also determined that the cave paintings found in Gua Semadong to be proto-historic – having Hindu-Buddhist influences and is estimated to date back between the 5th-century to 10th-century BC.

Why should we care about a few old bones and drawings on cave walls you say?

Well, according to JWN, Perlis’s cave systems, especially around the areas of Bukit Chuping, Bukit Tunku Lembu, Bukit Ngulang, Bukit Kerengga and Bukit Changkul were once used as settlements and burial sites for both the prehistoric palaeolithic and neolithic societies based on the artefacts found in the area, like stone tools, clay pots.

The discovery of things like votive tablets – which are used in religious and spiritual practices – there also shows that the area was inhabited by both prehistoric and proto-historic communities.

This in turn gives us references to how life was in those ancient, long-forgotten times and how far we humans have come since then.

The JWN is asking both the government and the public for support to try and preserve these historic sites for further research, study, and of course other more unfortunate reasons…

See, pre-history, or prehistoric times, was a period in human culture before we went all ‘civilized’ and invented writing. This is estimated to have begun nearly 2.5 million years ago.

Early humans during the stone age were exclusively hunter-gatherers who used stone tools and lived in caves or simple huts.

They eventually went on to farm crops and domesticated animals for food instead of hunting and gathering em’ like they used to, thus began the new stone age.

Proto-history is this weird transitional period before we humans started to record our own history in writing.

It’s said that during this time, cultures around the world had already begun to civilize by developing their own forms of written languages, scripts and even religious practices.

They have also swapped their stone tools for ones made from metal, thus began the Copper, Bronze and later Iron Ages.

So this means that we humans have been parading in Perlis and other parts of the country since we were just simple hunter-gatherers living in caves, to the meme-making modern society that we are today.