ACT Fire & Rescue teams were deployed with firefighters on hand after reports of a gas leak. 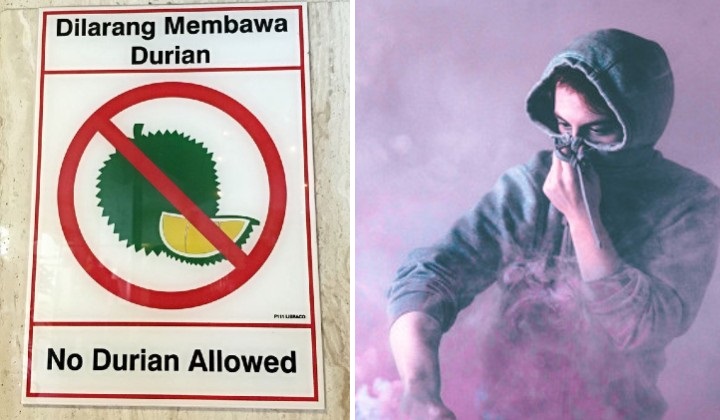 The King of Fruits has found itself in a spiky situation yet again after reports of a potential gas leak were reported in a neighbourhood in Canberra, Australia today (15 October).

Australian Capital Territory (ACT) Fire & Rescue teams were even sent to the scene to investigate the purported “leak” with firefighters on hand to locate the source of the “leak” only to be informed an hour later by a tenant living above the neighbourhood shops that the source of the smell was likely a durian.

Authorities on the scene confirmed the origin of the incident and an update was posted on the ACT Emergency Service Agency Facebook to say:

It was not a gas leak, but in fact a Durian fruit. The fruit gives off a very pungent smell and can waft some distance.

In a report by the Washington Post, Canberra resident Phuong Tran said in an interview that the neighbourhood is known for its many Asian restaurants and grocery stores.

The daily paper also said that as a multicultural country, Australia has a large Southeast Asian population, many of whom have some roots in Malaysia – a major exporter and consumer of durians.

Just two years ago in Canberra, coincidentally on a Friday too, “a strong smell of gas” was reported inside the University of Canberra library which had hazardous materials crews searching the building and conducting “atmospheric monitoring”.

Apparently, a rogue durian had been left near an air vent.

A year before that in 2018, nearly 500 students and teachers from the Royal Melbourne Institute of Technology were evacuated from a campus library after a chemical hazard alert.

Almost 40 firefighters, including specialist crews, were deployed, only to find a rotting piece of durian left in a cupboard.

Australia isn’t the only country that’s ‘fallen’ at the hands of the ‘King’.

Just last year, people in Germany were even sent to hospital and caused an entire building to be evacuated from our thorny friend’s smell.

There’s a reason why many hotels will have a “No Durian” sign, even in countries that fully embrace the fruit – and that’s probably to avoid a public uproar and an influx of gas leak reports.

Don’t Sweat The Smell Stuff: 5 Ways To Keep Yourself Smelling Great While You Workout