The shadow economy makes up between 18% to 20% of Malaysia’s economic output. 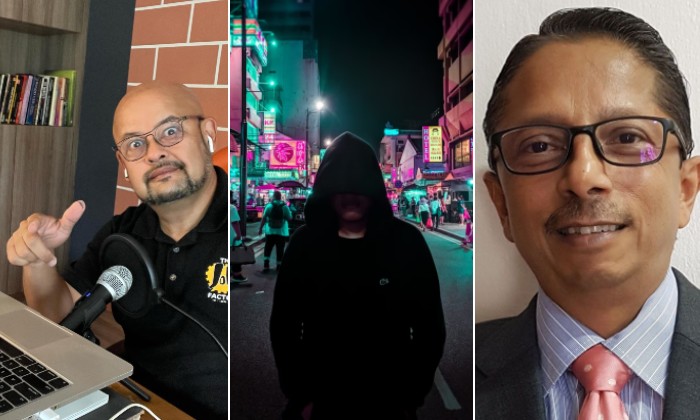 Malaysia’s illegal black market is alive and thriving, and we’re the ones to blame.

So what is the shadow economy?

A shadow economy can be described as an informal means of production, distribution, and the consumption of goods and services that either goes unreported or is entirely illegal in nature.

According to Pankajkumar, the shadow economy is basically made up of two parts; legal and illegal.

Let say you work a standard 9 – 5 job with an income that is legally taxed by the government. But on the side, you run your own home business from which the income you get was not formally declared to the government.

This is what’s known as a legal shadow economy.

The illegal shadow economy is what you would call the ‘black market’.

It is made up of everything; from fake or imitation merchandise that you get at Petaling Street, to contraband such as drugs, alcohol or illicit cigarettes.

Services like prostitution and illegal gambling are also part of the black market – all of which are not tracked or taxed by the government.

Pankajkumar explained that the shadow economy makes up between 18% to 20% or between RM200 to RM300 billion in terms of Malaysia’s total economic output.

So why is it a problem?

The existence of a shadow economy creates many repercussions for the country.

Besides costing the nation billions of ringgit in lost tax revenue, the black market also casts a dark image on the country’s international reputation and impacts the market in a way that forces businesses to shut down from lack of profits – evidently causing the unemployment rate to rise.

To put it in simpler terms, without tax revenue, the government has no money to pay for all of the programs and infrastructure that we need. And as consumers continue to purchase illicit goods, businesses suffer from unfair competition.

Additionally, no decent investor would want to waste money in a country with a questionable track record, a thriving criminal underground and citizens who have little to no money to spend.

Pankajkumar says that Malaysians themselves are responsible for the growth of the black market over the years through their purchase of illicit goods and supporting this shadowy ecosystem.

However, he mentions that the government’s lax enforcement of these illegal activities is equally exacerbating the problem.

When they (smugglers) import goods, they have to make sure they have covered their track in terms of how it’s done. So effectively as a consumer if you are buying these goods you are actually helping them to corrupt the officials, simple as that.

Pankajkumar explains that things like corruption as well as the government’s misguided tax policies on things such as cigarettes present the perfect opportunity for the shadow economy to flourish.

Providing an example of this, he said that the government’s plan to increase taxes on cigarettes, to supposedly lower the number of smokers in the country, has failed miserably and only adds to the problem.

The economist demonstrated that the government’s policy in increasing ‘excise duties’ on cigarettes has raised the price gap between legal and illicit cigarettes so much that everyone is losing out in the long run.

If you look at statistics, it tells you that everytime the government raised excise duties by 10%, the government loses a quarter bilion in terms of revenue or tax collection and the incidents of illicit cigerettes in the market will go up by 2 percentage points.

What are we to do about it?

Overall, the shadow economy is highly damaging towards the general state of the country, but there are ways to counter it, as the economist would move to explain;

Pankajkumar says Malaysia should push to increase how much our citizens get paid.

It’s easy to justify that higher wages will provide consumers with more purchasing power to buy premium, legal goods instead of seeking out the cheaper, illegal options.

He was also forward with the fact that the government should move towards cutting down on taxes, such as the excise duties on cigarettes, to press down on the overall prices of commodities to avoid inflation.

Action also speaks louder than words, according to Pankajkumar.

The economist made it clear that Malaysia needs to up its game when it comes to law enforcement, security as well as in dealing with corruption to halt the black market’s growth on every level.

A more critical concern he raised was that we, as consumers, simply could never truly know how these illegal products were made or what actually goes into em’ – making it quite harmful and even deadly.

It’s very dangerous if you allow illicit products to expand in the market like this. So the government needs to think hard to have greater scrutiny in terms of how enforcement is done, actions being taken, and using the law. We have all the laws but how much of the law are we using to tackle incidents of smuggling activities, corruption related to enforcement. All this is important, it has to come hand in hand.

Additionally, we as consumers should also move towards changing our own buying behaviour by making smarter decisions and avoid using those cheap, fake, imitations or illicit products and services.

Lastly, the economist suggests that the government work to both expand and regulate Malaysia’s already world-renowned industries.

Nicotine based vaping e-liquids is about 95% to 97% of the market. Where as the non-nicotine one is only about 3% or 5%. So the government can actually increase it’s revenue by introducing taxes for vaping products, nicotine-based e-liquids.

Be sure to catch the whole interview on Harith Iskander’s ‘What’s Going On Malaysia’ show on social media.