Porky had its nose chopped off by the owner’s momma. 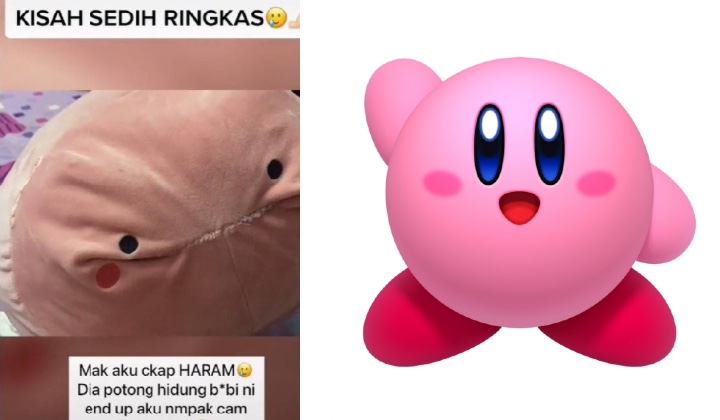 Would you be miffed if your birthday gift had been damaged or ‘transformed’ by your parents?

But, the 21-year-old refused to listen to her mother’s advice and insisted on keeping the piggy.

And so the mother obliged, but not before cutting off the piggy’s nose and ears.

The mother then sewed it with needles and thread, transforming the piggy into what she described as a catfish.

The young lady didn’t know whether to cry or laugh when she discovered it after returning from work one day.

According to @qissnaa, the piggy was a birthday gift from her friend, which is why she went against her mother’s advice to discard it.

Her friend had asked her to choose another doll when shopping for a birthday gift.

But, she fell in love with the piggy after holding it.

She may have lost the battle with her mom, but she won widespread support from netizens.

Her friends said she should have listened to her mom anyway as they would get her a replacement birthday gift.