Canadian entrepreneur Kevin O’ Leary was giving a talk on how the wealthy spend their money, but social media users were more interested in what he was wearing. 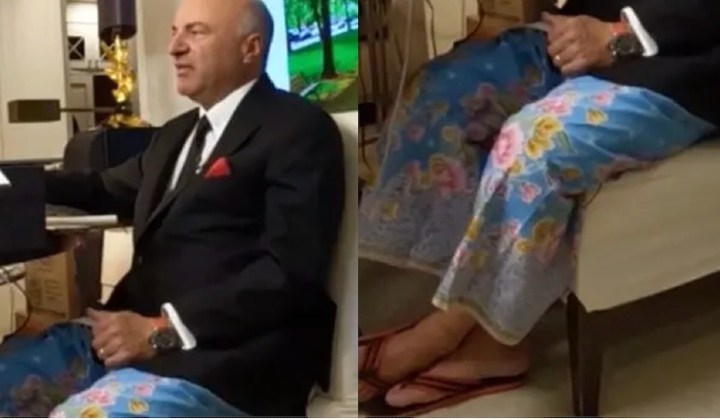 Work from home(WFH) is part of the new normal, and aside from the fact you’re not physically in the office, the show must go on.

That means meetings, presentations, seminars and everything else that typically is held face-to-face is now done through video teleconferencing apps like Zoom and Google Meets.

The key to making WFH work is adapting.

So, for example, if there’s a meeting with the team, rule no. 1 is to make sure you’re wearing (appropriate) clothes – at least the top half because that’s what everybody will see.

Celebrity Canadian entrepreneur Kevin O’Leary has amused TikTok users recently after posting a behind the scene snippet of a talk he was giving on how the wealthy spend their money.

But it wasn’t the topic that tickled their fancy, but his choice of attire beyond what the eye would normally see through a computer screen.

What do you spend most on? Share this with someone who spends beyond their means! ##kevinoleary

Yes, Kevin appears to look quite professional wearing a suit and tie on top, but it was his colourful blue and pink batik sarong that stole the show.

The businessman, who is also an investor on the popular reality TV show Shark Tank, has over 300k views on the video  (making it his most watched video on TikTok to date) thanks to viewers from Malaysia and Indonesia who went wild in the comments section.

Maybe someone can pitch a global business idea to Kevin involving the kain batik now that he has brought this comfortable piece of attire to the international limelight.