Rice, water, bowl and a strainer are all you need to test this hack. 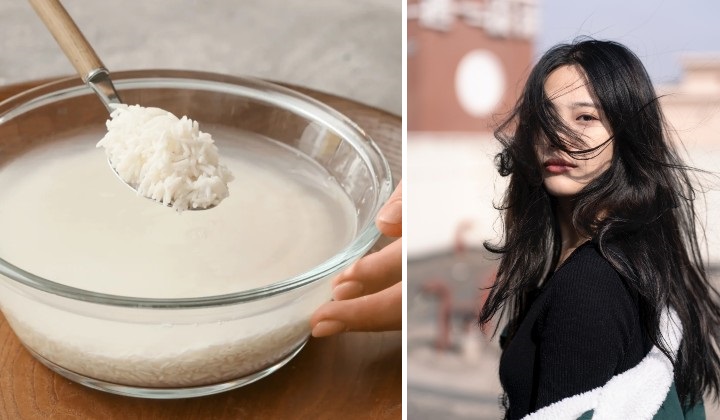 I don’t keep up with the Kardashians but  I do have to hand it to them for bringing to light a hair growth hack that Kourtney revealed in her blog that her sister Kim has been doing that has seen a “noticeable difference in growth and thickness.”

It’s not something that they discovered of course and is actually something countries like China, Japan and those in Southeast Asia have been using for centuries.

What research is saying

Advocates for this ‘hack’ believe rice water detangles the hair and makes it smoother, shinier, and stronger. They also believe it helps with hair growth.

Research from a 2010 study back this theory up suggesting rice water may reduce surface friction and increase hair elasticity.

However, the folks at Medical News Today say the study relies on historical examples to draw unsupported conclusions.

It is also said a research facility in Japan has developed an imaging technique that visualised the strengthening effect of inositol(a component found in rice water) on hair.

Medical News Today has suggested the research was published by a facility that may have commercial interests in the results.

In general though, rice water is thought to contain many of the vitamins and minerals contained in rice like amino acids, B vitamins, vitamin E, minerals and antioxidants.

What a doctor on TikTok is saying

Celebrity doctor Dr Brian Boxer Wachler, MD, a renowned Opthalmology Specialist in Beverly Hills, California, has also chimed in to his 3 million followers on TikTok to say “studies back this up.”

In his post from December last year, you can see him reacting to an “Extreme Hair Growth – Rice Water” instructional music video making facial expressions to show how impressed he is.

#duet with @mistica.aa studies back this up. apply to scalp for hair growth. can help repair damaged hair too #hairgrowth #hair #hairrepair #hairtok

According to Dr Brian, all you have to do is apply the rice water to the scalp for hair growth, and it can repair damaged hair too.

What to do to try this hack out

Although Medical News Today feel that more research is needed to support anecdotal evidence about the benefits of rice water for hair, it doesn’t hurt to try – and is fairly inexpensive too.

There are a few versions of this but we’ll go with the Kardashian way because even though you may not be fans, there’s no denying their hair looks pretty good.

Not all of us will have organic rice, and that’s ok. Other methods state to use any kind of rice – but the process is the same.