Despite making New York his home for now, comedian and actor Ronny Chieng is still very Malaysian at heart. 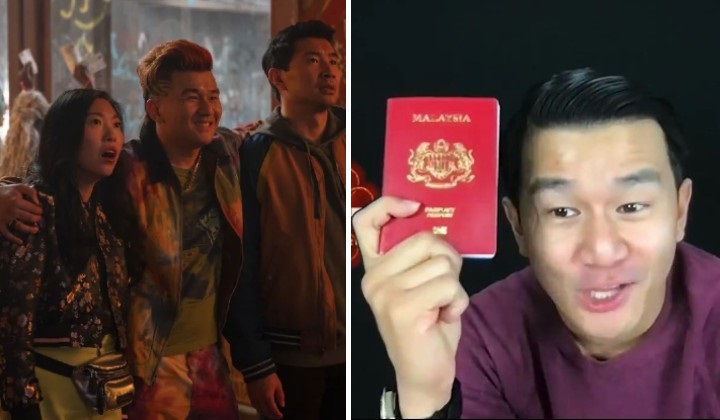 Malaysians are taking Hollywood by storm with homegrown heroes like Michelle Yeoh and Ronny Chieng gracing the big screen in Marvel Studios’ Shang-Chi and the Legend of the Ten Rings.

The movie, which was released earlier this month will make its way to Malaysia in October following the recent reopening of cinemas.

While most of the world, and even Singapore have had a chance to catch the action-packed superhero blockbuster flick, Malaysia can at least claim two of its star-studded cast.

In a tweet posted on Malaysia Day by Marvel Studios Malaysia, Johor Bahru born Ronny proves he is still very Malaysian despite his Hollywood success.

Our very own, JB-born, Ronny Chieng shares what (still) makes him Malaysian at heart! 😎 Catch him as Jon Jon in Marvel Studios’ Shang-Chi and the Legend of the Ten Rings, (finally) in Malaysian cinemas 7 October. #ShangChiMY

In the 1 minute Malaysia Day greeting, Ronny wishes everyone a “Selamat Hari Malaysia” professing he is still an “Anak Malaysia”.

“You know how I know I’m still a Malaysian at heart?” he asks viewers.

He then reveals 3 very relatable reasons how.

Number one, I still have a Malaysia passport okay, look at this, what more proof do you need?

And his third reason, well it has to do with food and drinks (naturally) and how he can still order like a pro at the kopitiam.

He ends the video with well wishes to all Malaysians before uttering the slogan that embodies the Malaysian spirit – ‘Malaysia Boleh’.

For fans of Marvel, movies and the actor himself, Ronny will be playing Jon Jon in the new superhero movie as the right-hand man and announcer at Shang-Chi’s estranged sister Xialing’s (played by Meng’er Zhang) underground fighting club.

Joining him is another fellow Malaysian Michelle Yeoh as Ying Nan, a guardian of the mythical village Ta Lo and Shang-Chi and Xialing’s aunt.

Marvel Studios’ Shang-Chi and the Legend of the Ten Rings is set to open in Malaysian cinemas starting 7 October.