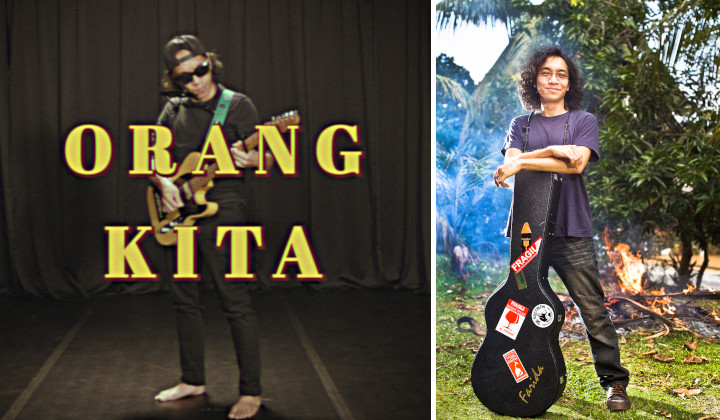 If you ask me to name a local singer-songwriter who is also a rebel with a cause, I can only name one: Azmyl Yunor. His songs often reflect the sentiment of the people.

In his latest album John Bangi Blues, Azmyl addressed corrupt politicians in Penghasut Blues, illegal sand mining in Lori Hantu, toxic capitalism in I Don’t Wanna Buy Anything, and the power of music to carry a message in Kapuk.

As an ethnic Malay, you’ll probably be familiar with the phrase ‘orang kita’ being bandied around, obviously referring to fellow Malays within conversations between Malays.

For sure different ethnic groups also have their own phrases to describe themselves but I thought ‘orang kita’ is an interesting phrase to repurpose and make it more inclusive since ‘kita’ means ‘us’.

Identity is always fluid but it is also a powerful currency wielded by those in power for their own benefits to sway the masses.

The song is Azmyl’s resistance to the connotation of division that the common idiom brings with it.

The Orang Kita music video is directed by aspiring writer and director Alina Wong. It was shot at different stages in early August last year.

I was inspired by the odd state of arts in Malaysia, where art is encouraged, but the artists themselves are held back by written or unspoken rules.

I just love the idea of contradiction, chaos and everything that doesn’t make sense, so the story just spiralled from that basis

Here’s a teaser for the upcoming video:

John Bangi Blues was recorded live in the studio in three hours in November 2019 with Ammar Khairi (The Maharajah Commission) on drums and Kristopher Chong (Salammusik) on bass and produced by Ariff Akhir.

True to his rebellious nature, Azmyl’s latest album is not available on any music streaming service. You can instead find it on Bandcamp, YouTube, Or buy the CD directly from the man himself.