The two Emma’s shine in this crime comedy. 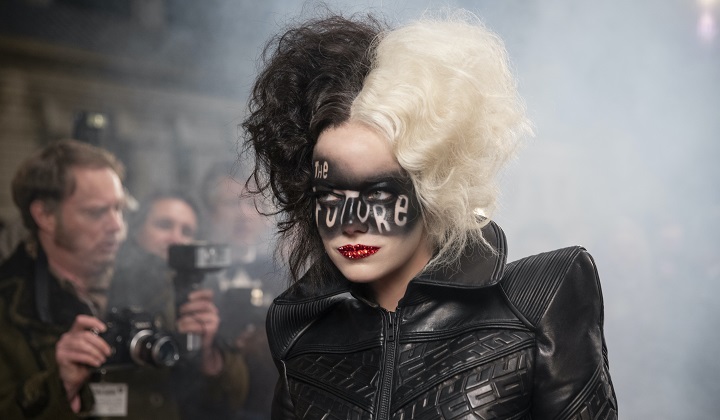 Cruella (the movie) just like Estella (the character) has a lot stacked against it. Being a live-action adaptation of a Disney animated feature and an origin/redemption story of a villain makes it doubly so.

However, while many would discount Cruella as another regurgitation of Disney’s recent movie formula, those who give it a chance would see that the movie is worth its two hours and 14-minute runtime.

Cruella is the story of Estella (Emma Stone), a girl who was born with black and white hair, a duality in her personality, and a passion for fashion. People around her underestimated her, much like how I underestimated this movie at first.

Even at a young age, her talent was beyond the capacity of her small town, so to save her from being expelled from school, Estella’s mother decided to take her to London.

The two were looking forward to a brighter future in the big city, but a detour to a strange mansion during a fashion gala set in motion the gears that would turn Estella into Cruella.

Cruella is directed by Craig Gillespie who did an excellent job in fitting a story about a girl who is very talented and passionate about fashion, into a setting like 101 Dalmation. It is like fitting a square peg in a round hole, but he made it work.

I feel this movie would have been excellent if it did not have the baggage of Disney’s 101 Dalmation. I grew up watching that movie.

Jasper (Joel Fry) wasn’t the perceptive and understanding guy, Horace (Paul Walter Hauser) was not charming, Roger ( Kayvan Novak) was not Persian, and Anita (Kirby Howell-Baptiste) was not black.

On top of it all, dalmatians are not the bad guys.

Why not just make the movie stand on its own merits.

Emma Stone and Emma Thompson (The Baroness) stole every scene that they are in.

Although their characters (Estella and The Baroness) are eccentric, neither are one-note.

Estella is not the bestest-ever at everything. While she is extremely talented, headstrong, smart and kind, she can also be rude, misunderstood, and has her vulnerabilities and flaws.

It is the same with The Baroness, who is the flamboyant antagonist. She does not immediately reprimand Estella’s idea and goes as far as even recognising and giving her talent a chance.

Even if you don’t fancy the story, there are the magnificent costumes created by Oscar-winner Jenny Beavan and the excellent music chosen by Susan Jacobs makes me want to buy the CD (available on all your favourite music streaming services too of course).

If you have a Disney+ Hotstar subscription, this is a must-watch.

What You Need To Know Before Getting Started With Disney+ Hotstar