She got her pizza in the end, though. 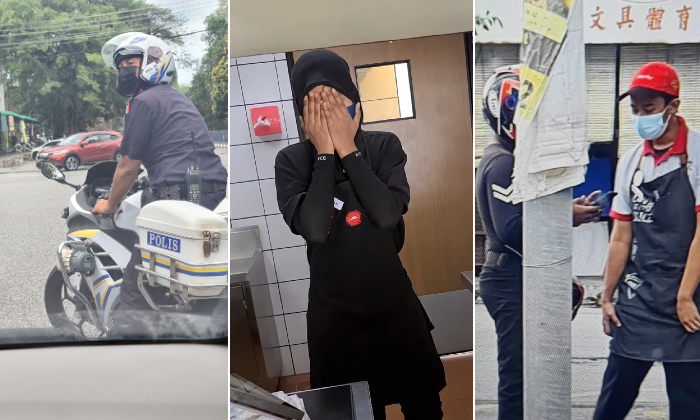 A viral video of a woman screaming at a local Pizza Hut in Kampar, Perak is making its usual rounds on social media.

At less than a minute long, the clip captured the scene in which three of the store’s employees were confronted by a woman behind the camera who apparently wanted to know why they had no pizzas for sale that day.

“I’m speaking to you politely, our oven is broken,” said the female employee in the video who was standing behind the counter with two other male and female co-workers.

The worker went on to explain that their oven had been out of order since the day before after lightning had struck the building.

The lady behind the camera, however, was not too pleased with the answer provided by the staff and continued with her line of questioning.

The female staff, on the other hand, can be seen trying to keep her cool in the presence of the yelling customer before her co-worker appeared to take her away.

It is believed that the video was originally made and published by another social media user on Facebook – sharing her complaints and accusing the store of lying to her.

According to a series of postings on her wall, the woman allegedly went to visit the store on 31 August between 11am and noon, and found the restaurant’s front door to be closed.

Based on her writings, the lady appeared dissatisfied by the claims that the store’s oven was broken and the fact that she was not allowed to order anything else off the menu.

It’s understood that the lady somehow ran into police officers outside the store and had even made a call to the police station to investigate the problem.

Though it is unclear how the actual situation was resolved, the lady did share that she finally received her box of delicious-looking pizza from the store later that evening.

Doing some digging of their own, netizens later discovered that the lady in the video was supposedly a PhD Doctor and a lecturer working for a local Perak university.

According to Kosmo, netizens also identified the woman to allegedly be a person with disabilities (OKU).