The show suffers from Kevin Smith and Netflix. 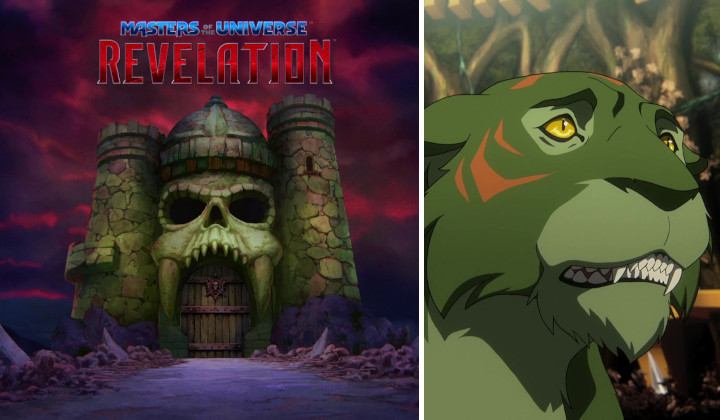 As a kid who grew up in the 80s, I used to watch He-Man and the Masters of the Universe (1983). The good characters are wacky but one note, the villains are fun and diverse, but the story was largely forgettable.

The show was resurrected twice before, once in 1990, and again in 2002. Both were soft reboots of the original series, with different characters and styles.

The most recent iteration of the show, however, aims to be a direct continuation of the original series.

Masters of the Universe: Revelation is created by Kevin Smith, produced by Mattel Television, and is distributed by Netflix.

By these three names alone, you should be able to deduce what you’ll get from the show.

Kevin Smith is a man with many connections in the entertainment industry and a connoisseur of pop culture. When he picks up an intellectual property (IP) to do a show or comic on, people notice.

It explains why Masters of the Universe: Revelation has such a star-studded cast.

The performances were stellar, most notably Headey who is way too good for an 80s cartoon villain. Hamill, on the other hand, sounds like The Joker holding himself back.

Although Smith can pull the stars together and has an encyclopedic knowledge of the subject matter, he tends to have a problem with holding his knowledge back. Slipping in hints, nudges, and winks where it didn’t belong.

Because of that, the show teeters wildly between telling a story and fan service. And I don’t think it ever made up its mind.

Mattel brought great toys and character designs to the series. They made the original toys after all.

From He-Man to Skeletor, and everyone in between, they all look great, bringing a modern touch to the classic characters.

The heroes look more heroic, and the villains look more villainous. It’s great. And there are those wacky vehicles too.

Thanks to Netflix, the series got the money it needed and the international audience it wanted.

However, being an animated series made for Netflix means Masters of the Universe: Revelation has pacing issues.

An average TV show is written with pace in mind. Some, like procedural dramas, are mostly self-contained episodes. Mysteries, on the other hand, have an arch.

What they both have in common, whether it is per episode or season, is that they have a beginning, middle, and end. Things get resolved.

In the case of Netflix animation like Masters of the Universe: Revelation, there is no such thing. There is a beginning and a middle, but no end. Each plotline cascades into the other.

As a result, the season feels like an episode that ends in the middle of an arch. In the last episode, it is no longer interested in completing the story. Instead, it yanks the carpet from underneath its viewer and makes them wait for the next season instead.

It’s the same pattern for every recent animation series made for Netflix, and it is tiring.

If you are interested in watching Masters of the Universe: Revelation, wait until the whole series is done. Then binge it.

[Review] Sorry We Laughed At Your Penis, Kavin Jay