Turn the jumble pile of bricks into creative builds. 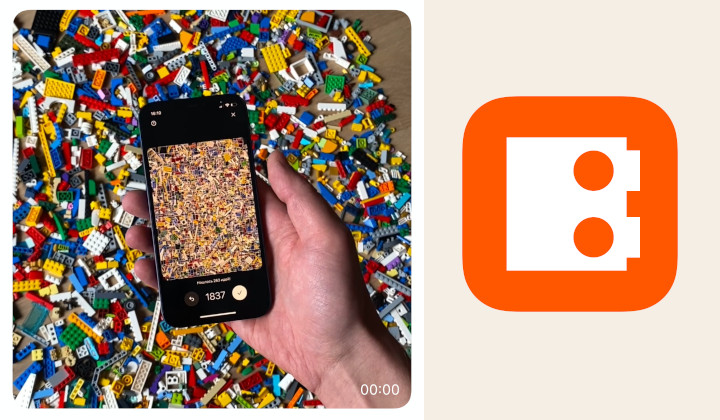 LEGO is one of those evergreen toys that almost everyone had when they were a kid. Unlike other playthings, LEGO has this strange quirk of rarely breaking or going dull. Instead, they tend to get lost and end up in piles.

Although they are meant to spark creativity, more often than not, without building instructions, these piles of LEGO either gather dust in bins or get handed down.

But let’s say you pull out that bin of LEGO to play with your kids, you all want to build something fun, but you don’t even know where to start.

That’s where the BrickIt app comes in.

The BrickIt app uses AI to scan your collection of bricks and suggest builds with step by step instructions.

One of the tricks the app uses is ignoring the colours of the pieces you have and focuses on their shapes instead.

The results can be wacky, wild and unique.

How It Does It

To tell you what you can build, the BrickIt app needs to know what you have. Entering each piece into the system one by one would be tedious.

The app instead uses the camera on your smartphone to scan the LEGO you have.

All you need to do is to take all your LEGO to a well lit area, spread it all out in a single layer, remove any specialised pieces (odd shapes for specific builds), and take a picture using the app.

BrickIt will identify and count all the pieces you have and match them with the instructions inside its database.

The more LEGO you have, the better.

The app will then suggest builds that can be made with the pieces it has identified. Pick one and it will give you step by step instructions on how to build them.

The app could even point out where it thinks the pieces are in the pile.

Each build prioritises shapes instead of colours.

For example, while a lion would usually have a dark tan body, a brown mane, and white teeth, yours could have a blue body, a green mane and rainbow teeth.

It all depends on what LEGO pieces you have.

However, you can go down your own path and create whatever you like based on the suggested build. This is still LEGO after all.

BrickIt is currently available on iOS only. However, an Android version of the app is expected to be released sometime between September and December.

You can check out the BrickIt website for yourself, here.

Lets-A-Go! LEGO Super Mario Lets You Build & Play In Your Own World