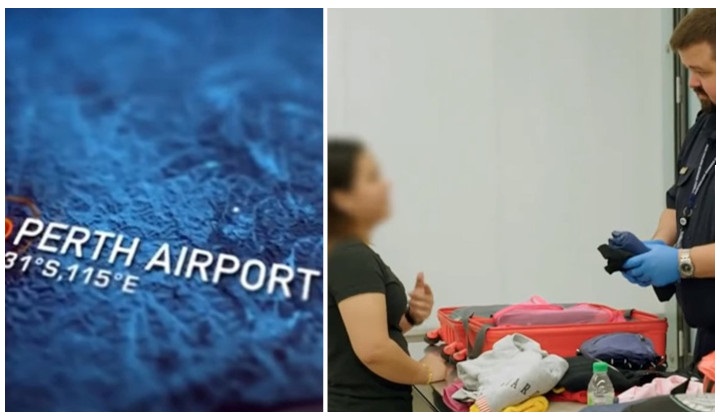 Australia is known for its strict border controls. There are several items you must declare upon arrival including food, plant material and animal items. After all, they are a massive island with a delicate ecosystem that needs protection from any foreign threats that may upset the fragile balance.

They are also strict on letting anyone in who they suspect may be looking to work there illegally or otherwise. Getting a visa to visit can be a stringent process and even upon getting one, there is no surefire way you’ll get past immigration upon arrival.

But that hasn’t stopped Malaysians from trying

Reality television shows that like Border Security: Australia’s Front Line follows the work of officers at the Department of Home Affairs, Australian Border Force, and the Australian Quarantine and Inspection Service, of what it’s like behind the scenes to protect Australia from drug smugglers, illegal immigrants, potential terrorists, harmful pests and exotic diseases.

In the 16 or so years the show has been on the air, Malaysians have been featured at least 13 times in a situation that either got them sent home, arrested or paying a fine. Sometimes it’s been a misunderstanding, but most of the time it made for good television that either had you intrigued or facepalming.

In a video that was posted by Santoben437 titled “Border Security – Best Compilation Video #7”, Sheila and Sindora arrive in Perth and are questioned by Border Security as they did not book any return flights home.

Exploitative work agencies have been known to track young travellers into risky work and unethical conditions with the ladies fitting the profile.

They are questioned about their holiday plans to which the ladies told the officers their “friend” Karen would arrange everything. Their seemingly innocent but vague answer had the offices investigating deeper.

Not only did the ladies have $400 between them to fund for their purported 28 day holiday, but it was also later revealed that they intended to make up for the shortfall of money by working illegally.

After a phone call with “Karen” which sparked a few contradictory statements made by Sheila and Sindora, Border Security deemed the work they came in to do as “risky” stating that the case may even help them to uncover an illegal work syndicate.

Unfortunately (or fortunately) for the ladies, they were refused immigration clearance which officers said was for their own “protection” from Karen.

The ladies were then sent on the next available flight back to Malaysia and may be subject to a three year exclusion period from re-entering Australia.

Malaysians on TV in the land down under

Intrigued to find out more about the show? Without spoilers (as some of these you need to see for yourselves), tvdb has compiled a list of episodes that’s aired since 2004, with descriptions describing the episodes featuring Malaysians as follows:

It’s not all about passengers who have gotten themselves in a sticky situation.

Immigration: Here’s How You Can Apply To Enter Or Exit Malaysia’s Borders