Tom has a whole page dedicated to knitting and crocheting. 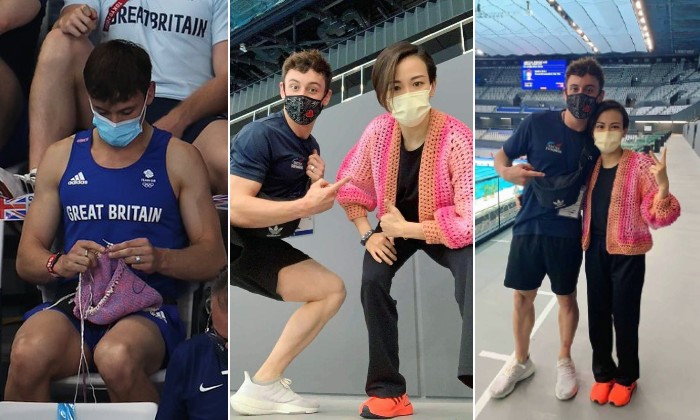 Malaysian Olympic diver Cheong Jun Hoong not too long ago showed off a neat handmade present she got from fellow British athlete Tom Daley who recently went viral for his peculiar hobby.

Postings on Instagram shared by the two had them celebrating their friendship with 31-year-old Jun Hoong modelling a bright pink cardigan that Tom had personally crocheted for his dear friend.

Tom recently caught the world’s attention when he was seen knitting at the stands of the Women’s 3m Springboard Final at the 2020 Tokyo Olympics.

Oh this? Just Olympic champ @TomDaley1994 knitting in the stands while watching the diving. 🧶 pic.twitter.com/o17i6vsG2j

The 27-year-old gold medalist had described the tangly hobby as his “secret weapon” to keep him sane.

The man also has an entire page dedicated to his craft where he regularly makes things such as sweaters, dolls and those mats your grandma puts on the TV.

Tom also auctions off his crochet creations for charity and had recently raised more than RM34,000 to fund research and treatment of brain tumors, which had taken his father’s life in 2011.

He and his diving partner Matty Lee won their first Olympic gold in the Men’s Synchronized 10m Platform Finals this year.

To celebrate, Tom had knitted a small cozy, where he can store his shiny new gold medal and prevent it from getting scratched.