The collaboration will run from 13th August until 21st October on the KFC App only. 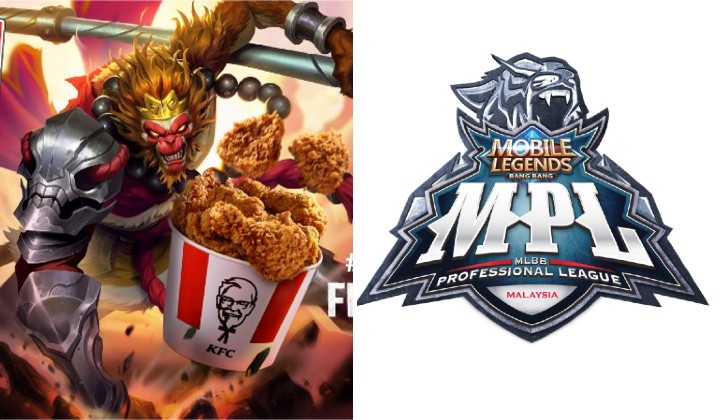 There’s nothing quite like indulging in a night of gaming with fast food– you know it, I know it, and our favourite fast food companies and gaming companies know it.

Which is why popular fried chicken chain KFC is stepping in with popular mobile game Mobile Legends: Bang Bang to offer you exclusive KFC x MLBB themed POWERUP bundle meals to up your gaming nights!

This exclusive combo is running in conjunction with Season 8 of the Mobile Legends: Bang Bang Professional League (MPL Malaysia), so you can eat fried chicken while you watch your favourite e-sports league teams duke it out for the championship.

The collaboration will run starting 13th August until 21st October together with the League. To keep things interesting, the bundle meals will be constantly refreshed so you have something new to eat at the matches!

The bundle deals are only available on the KFC app. To redeem it, tap on the “%” icon and visit the “Bucketful of Deals” page to find the MLBB POWERUP bundle deals.

Coincidentally, KFC will be celebrating Colonel Sanders’ birthday in Spetember. Their celebration will include special treats for all MPL players in the form of special cheat codes and 1 million worth of In-game Diamonds, which can be found on KFC Malaysia’s social media pages.

Gaming has seen a huge surge in popularity in recent years, and even more now as people stay at home more often. From playing the games casually to watching professional esports leagues, more Malaysians are involved in gaming than ever before.

The MPL Malaysia Season 8 can be watched online via Mobile Legends: Bang Bang’s YouTube channel, as the best ten Malaysian teams compete for a prize pool of USD100,000 (approximately RM422,400).