This could be the last remaining 1989 Proton Black Knight in the UK. You couldn’t even get it here in Malaysia. 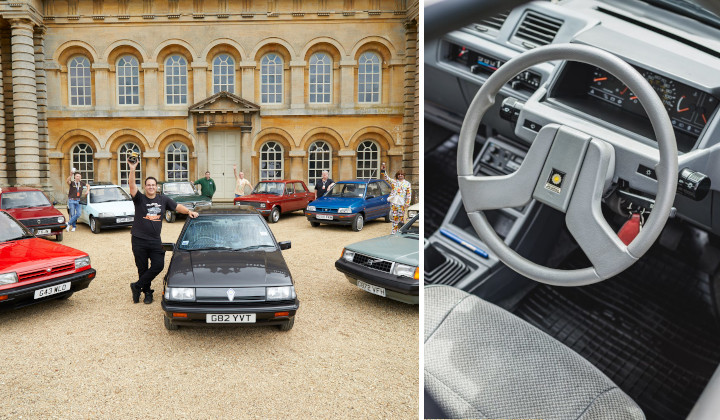 The Proton Saga is Malaysia’s first car and was the symbol of the nation’s success. It says so in the jingle, if you are old enough to remember it.

Introduced in 1985, the name Saga was theorised to have a double meaning.

In English, it is defined as a long story of heroic achievement.

In Malay, it refers to the Adenanthera tree. The colour of its bright and deep red seeds was the inspiration for the signature hue of the national car.

However, the reality is, the name “Saga” was the winning entry in a competition held in 1984.

The winner, Staf Sarjan Ismail Jaafar said that the name is actually an acronym for Safety, Achievement, Greatness, and Ability.

The first generation Saga had many iterations and was in production up to 1992.

One of its most notable versions of the Saga was a hatchback released in 1987 during the peak of popularity of a certain TV show starring a certain modified Pontiac Trans Am.

The hatchback was called the Proton Knight. It was later named Proton Saga Aeroback, perhaps for copyright reasons. But to be fair, the new name is more descriptive.

At the same time, the Proton Saga was also sold all over the world including the UK.

In fact, the UK even got versions of the Proton Saga that are not available in Malaysia. One of them is the 1989 Proton 1.5 GL Black Knight.

Unlike the Knight, the Black Knight is a sedan.

The Most Unexceptional Car

Recently, one of these Black Knight Editions won the 2021 Hagerty Festival of the Unexceptional in Lincolnshire, UK. The event is an annual car competition organised by a classic car and motorbike insurance company.

The owner of the rare and nearly mint car is 30-year-old Jon Coupland, a police officer from Lincolnshire.

According to Coupland, the 1989 Proton is literally the last remaining example of the Black Knight Edition, of which Proton sold 201 in the UK.

Coupland’s prize for having the most unexceptional car out of the 50 ordinary ones that entered the competition is a trophy in the shape of a mug of tea.