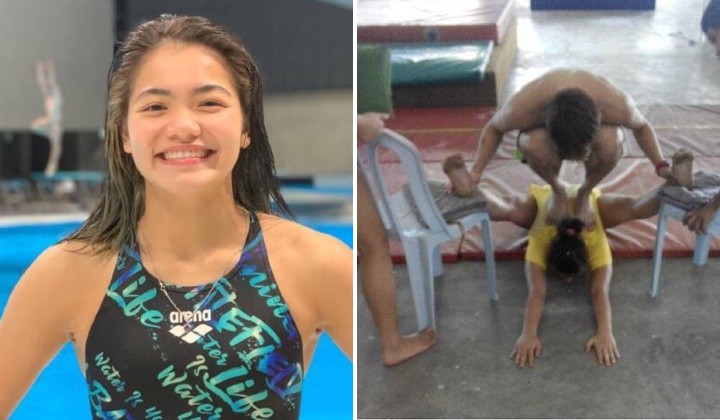 However, her performance won something else– the hearts of Malaysians all over, who fell in love with her confident smile before her dive and her touching comments after, as she shed tears on international TV speaking about how proud she is of herself and the hardships she had to endure to get here.

I’m here to enjoy my dive and enjoy my game. I cry not because I’m sad. I’m very proud of myself.

Dhabita at the Tokyo Olympics 2021

Her score of 326.15 is also the best score ever acheived by a Malaysian athlete in this category!

READ MORE: A Spot Short Of A Medal But Still A Tremendous Feat For Nur Dhabitah

Dhabitah, though only 22 years old this year, is now currently ranked #4 best diver in the world and #1 in Southeast Asia.

Her achievements started rolling in when she was just 13 years old. In 2012, Dhabitah became the youngest Malaysian diver to win at an international competition in the senior level by cinching two golds that year at the Macau International Diving Invitational and the Southeast Asia Swimming Championship.

Since then, she has consistnently brought home gold medals in various international competitions from 2013 to 2019, save for when she made her big debut at the 2016 Olympics, and in 2018.

In fact, the Olympic Games Tokyo 2020 is her second spin at the games, though she is competiting in a new category. In the Olympic Games Rio 2016, she placed fifth in the women’s 3m Synchronised Springboard with Cheong Jun Hoong and ninth in her individual 10m platform event.

The journey was tough

Of course, while her diving performances at competitions take only mere minutes, the journey to get there is a tough and demanding one.

After her tears moved a nation, an old image of her gruelling training routine was shared online again. In it, she is undergoing an intense stretching excercise with the additional weight of a whole human man on her back.

That’s me… being crushed… but I did not die.

Now, she’s got the whole country behind her back supporting her diving career! TRP wishes her all the best in her future endeavours!